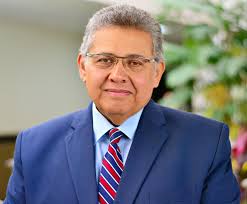 The Egyptian-Chinese University (ECU) is expected to open new branches outside Cairo, Ashraf Al-Shehhi, president of the ECU, told Daily News Egypt on the sidelines of the International Conference of Traditional Chinese Medicine and Functional Medicine that ECU hosted on Sunday.

“Now we prefer to focus on strengthening our main headquarters in Cairo, then, sure we plan to expand in other governorates,” Al-Shehhi added, noting that ECU pays great attention to develop its student’ skills to be able to compete in the labour market following graduation.

ECU has signed several agreements with international partners topped by Chinese organisations to develop the student’ skills, Al-Shehhi mentioned, affirming the great progress of China in the scientific research, creativity, and small and medium enterprises.

New three agreement were signed on Sunday on the sidelines of the conference for building capacities of the students including the traditional Chinese medicine, Al-Shehhi said.

ECU has three faculties which are Engineering and Technology, Economics and International Trade, and Physical Therapy, while new Pharmacy Faculty will be inaugurated in September, Al-Shehhi added, noting, “ECU’s capacity is about 1,300 students. We had a very good demand as the university is yet three years old.”

ECU appreciates the presence of Egypt’s Higher Education and Scientific Research, khaled Abdel Ghaffar, at the conference, yet the minister left early for Cabinet meeting and wasn’t able to deliver a speech, Al-Shehhi said.

ECU is the only Chinese university in Egypt and the Middle East founded by the presidential decree no. 118 for 2013. ECU is considered the first technological, productive, and non-traditional university which depends on the productive technology. ECU is planned to include 16 faculties in the following years.

ECU holds affiliations with three renowned research universities in China, Beijing Jiao Tong University, Liaoning University, and North China Electric Power University, according to the ECU’ official website. The collaboration aims to realise Egypt’s aspirations to excel in scientific research and to upgrade the standards of innovation, creativity, and community entrepreneurship in the fields of engineering, pharmaceuticals, physiotherapy, and business.

Additionally, the conference’s executive secretary, Samy Nassef, said that the Chinese-Egyptian relations are unique and coherent, adding, “this conference is the first to be hosted in the Middle East to discuss the Chinese medicine with its diversified aspects which underlines Egypt’s great position.”

The conference presented 25 lectures and three research papers in collaboration with many local and international partners, Nassef noted over his speech at the conference.

Li Yongmei, First Secretary at the culture counselor’s office of the Chinese embassy in Egypt, affirmed the rich and long-standing Chinese-Egyptian relations, adding, “Throughout history, traditional medicine was curing illnesses and we had the recognition of many countries and gained support from the international community.”

China and Egypt are the oldest civilizations in the world, she reasserted, adding, “I am happy to attend such event that promote the culture of Chinese traditional medicine to Egyptians.”

Kassem Tofailli, president of Arab Chinese Cooperation and Development Association, affirmed the importance of strengthening the Arab-Chinese relations as well as benefiting from Chinese traditional medicine.

“We believe in building partnerships and we are working to increase the scholarships from China to the Arab students,” he mentioned

MERQ receives first financing round for its AI product ‘Sally’