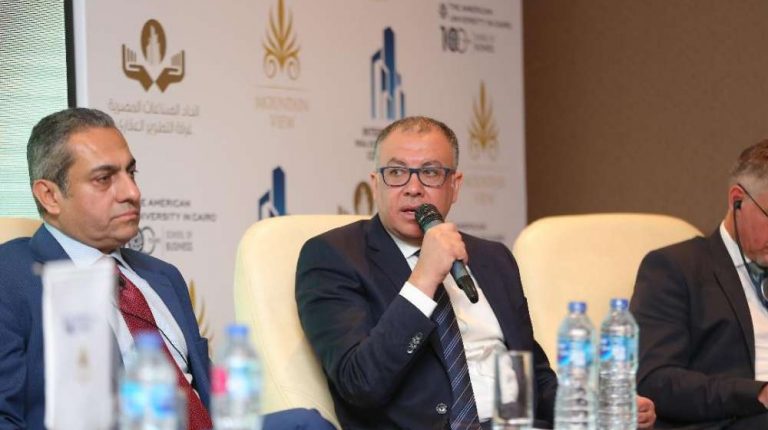 A new law for the establishment of the real estate developers federation is expected to be issued within the next couple of months, Deputy Minister of Housing, Utilities and Urban Communities, Khalid Mahmoud, said, at his inaugural speech during the International Real Estate Development Conference which was organised on Monday.

He added that the final draft law are being discussed now with many stakeholders.

“We pay great attention to regulating the real estate development sector as it is progressing well for the past 15 years. We are in continuous coordination with the developers to produce a well designed federation that cope with the international standards,” he declared.

The International Real Estate Development Conference is a good opportunity that allows close cooperation with esteemed organisations like the Royal Institute of Chartered Surveyors (RICS) and the National University of Singapore, Mahmoud added, affirming the Egyptian market’s attractiveness for international investments, especially in terms of the real estate sector.

The Egyptian government assesses the international market’s competition in exporting the real estate sector, he asserted, noting that Egypt can accomplish its plans which target to seize 2% of the global exports of real estate over the next three years.

The ministry aims to increase the real estate industry contribution to the GDP, he said, reassuring the government’s keenness on eliminating any challenges that hinder the sector’s development.

Coping with the international standards will help Egypt to boost its real estate exports, Amr Soliman, founder and chairperson of Mountain View, said, adding that the RICS engagement in the Egyptian market will have its positive impact on market standards especially since the Governor of the Central Bank of Egypt, Tarek Amer, called on the real estate sector to be more organised and deliver figures of the sector’s performance.

“Ten years ago, we established the first academy for real estate, in cooperation with the American University in Cairo,” he noted, adding that the academy is doing well and graduated about 179 developers who created the market.

The academy supports the Egyptian market’s competitiveness and represented the scientific side of the industry, Soliman mentioned.

Hisham Talaat Mostafa, CEO of the Talaat Mostafa Group, said that the demand on real estate is becoming different over the past three years after the devaluation of the Egyptian pound which reflected on families’ incomes.

There is a wide need for authorities to find new financial instruments for the real estate sector, he noted.