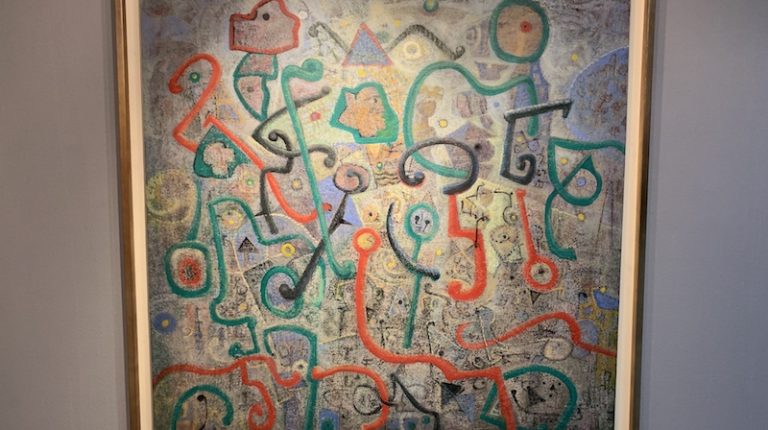 Respected art collector and critic Mohamed Darwish describes Ahmed Shiha’s collection of work as “mythological realism.” It is true that much of Shiha’s work looks like it was chiselled straight out of the ancient temples of Aswan and Luxor.

In his latest art work collection, a retrospective exhibition, Shiha takes his visitors into the glory of Ancient Egyptians, and reflects the beauty of that era through his paintings. 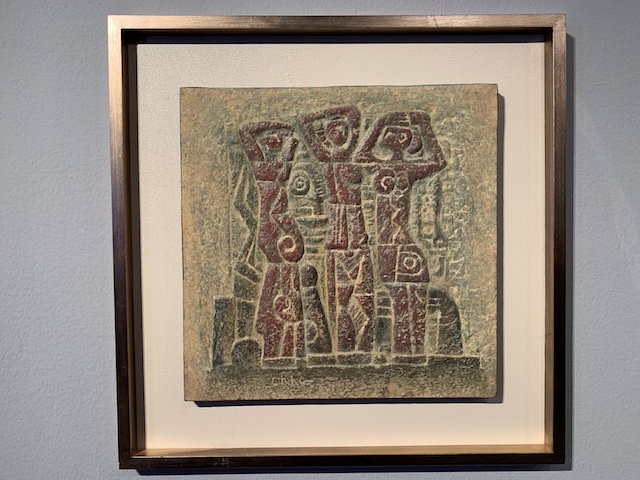 His signature style is a skilful combination of painting and sculptural technique, using materials such as engravings, rocks, and human figurines. Sometime his figurines and moods suggest anxiety or concern, and other times they are meditative and reflective. Shiha employs plenty of Phoenician and Assyrian symbols and allegories in the form of visual poetry and songs, in addition to Egyptian ones.

When someone walks into the Ofok gallery, one of the first seen works is of a female mummy buried into a medium-sized canvas. It is monochromatic, and might lead one to question whether this piece of work is considered a painting or a sculpture. The mummy is of a tall woman figure without arms. It is simultaneously figurative and abstract, and reminds one of the ancient history and civilisation of Egypt, but at the same time it is very contemporary.  Perhaps the artist wants us to contemplate the changing role of women throughout history.

Shiha’s work in the past decade became more subtle with the use of bright colours instead, employing retrained palettes with shades, stone grey, earthy tones of brown, terra-cotta, beige, and soil.

His newest work does not only embrace primary colours, but one can see an almost child-like, whimsical use of brush strokes, lines, and compositions. The artist’s new experimentation is still very recognised as Shiha’s signature style, with the proud and deep understanding of Egyptian cultural lineage but with more flare and even joy. It is as if he is telling his audience not to just remember the classical beauty and craftsmanship of Ancient Egypt but also reminding us that Egyptian people were once innovative and creative–and do not you forget that.

Rasha feels truly blessed to be surrounded by her father’s work in such a way in the museum.  She sees her father in every single piece. When asked about some of the main messages embedded in her father’s art work, she answered that her father does not want people to forget that Egypt was once a regional power, a force to be reckoned with, in ancient time and in modern years.

She added that young Egyptians must never forget this past achievement and be confident of this historical lineage.

Shiha’s daughter asserted that her dad wished for young people to have more patience with their motherland, explaining that change does not happen overnight, and we all must contribute and make incremental improvements to ourselves and to our society.

Rasha added that Shiha beliefs always evolved around the fact that Ancient Egyptians were once a glorious, open-minded, and innovative people with advanced writings, artistic appreciation, engineering, and technology, so let us keep the good traits and let us keep our minds open for new ideas. 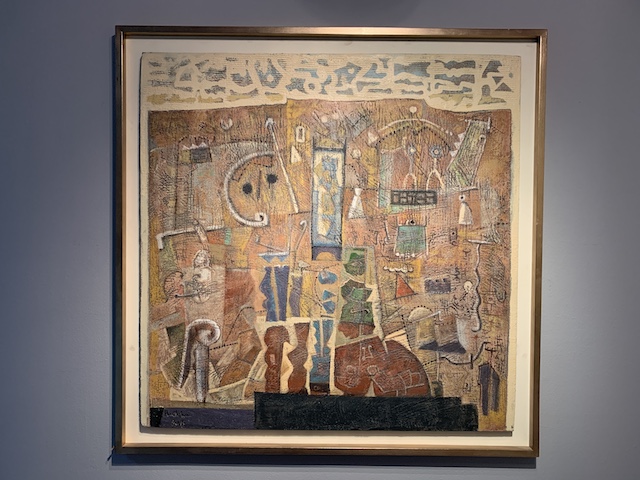 The ministry of culture seems to agree with the artist’s philosophy. Shiha was invited to be the curator of Egypt’s pavilion at the Venice Biennale this year.

Titled ”Khnum across times witness”, Shiha, along with artists Ahmed Abdul Karim and Islam Abdullah, will be showing their work starting this June in one of the world’s most important and oldest biennales.

The annual Nile flooding brings life to the surroundings, along with silt and clay. In art, Khnum was usually depicted as a ram-headed man at a potter’s wheel, with recently created children’s bodies standing on the wheel. He was also shown holding a jar from which flowed a stream of water as he is known as the source of the Nile.

The exhibition runs until April 17 at Ofok Gallery in the Mohamed Mahmoud Khalil Museum.

My Father’s Museum: an artist’s attempt at clutching his late father’s memories