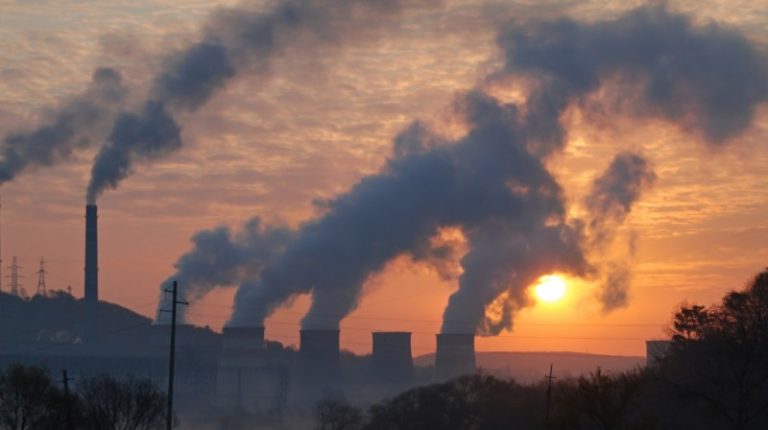 In the 1950s, the ozone hole was first discovered. Since then, scientists have been studying the importance of ozone, which is largely found at the bottom of the stratosphere layer of the earth’s atmosphere, and is of a blue colour.

The ozone layer acts as a shield to protect living creatures on earth from the harmful ultraviolet radiation, and the negative effects of the erosion of this important layer.

But ozone gas is a concern for researchers who believe it has negative effects on human health and plants.

Between 2011 and 2015, California was hit by the worst drought in its history: temperatures sharply rose and rainfall declined.

Researchers at a number of United States universities believe that drought conditions have had negative effects on air quality, especially since air contains ozone gas.

In a study recently published in the Journal of the American Chemical Society, researchers studied the effects of drought on increased air pollution in ozone gas.

In order to better understand this process, researchers analysed drought and air quality data in two cities contaminated with ozone gas before, during and after the drought in California.

Ozone gas is a transparent gas of at least 1% of the atmosphere, a toxic gas. The ozone gas in the earth’s atmosphere consists of emissions of polluting sources, such as carbon dioxide emitted from vehicle exhaust, volatile organic compounds, solvent use, and methane resulting from agriculture.

Over two years, Sally E. Pusede, an assistant professor at the Department of Environmental Sciences at the University of Virginia, and her team, investigated the effects of the recent major drought in California on ozone air pollution.

Concurrently, they observed a change in ozone-producing chemistry consistent with a significant change in the atmospheric concentrations of ozone-forming organic gases.

Pusede told Daily News Egypt that the observed change in ozone-producing chemistry has two major consequences. The first result is that ozone production itself decreased.

“However, because ozone concentrations remained relatively constant through the drought period, we inferred a decrease in the loss of ozone from the atmosphere caused by uptake by plants, which implies that drought also impacted the ozone sink. Second, ozone pollution will be less responsive to regulations that reduce ozone through controls on nitrogen oxides (a common strategy to lower ozone levels),” she clarified.

According to Pusede, the drought’s effects on ozone are difficult to study because drought can influence ozone in multiple ways, including impacting atmospheric ozone formation and ozone loss.

“We have been able to show how drought impacts the emissions of biogenic ozone-forming organic gases and the chemistry that produces ozone. This is an important step as this understanding is needed to design effective ozone regulations in a changing climate,” the researcher added.

The researchers analysed data they collected from earth and satellite data in the cities of Fresno and Bakersfield, two ozone-polluting cities after California.

Their finding was that isoprene concentrations did not substantially change during early droughts, but decreased by more than 50% during the most severe droughts. The effects of dehydration on isoprene were also associated with atmospheric temperature.

Drought caused a 20% reduction in ozone production during severe drought. This decline was offset by a similar decline in plant uptake of ozone in general, during the severe drought period.

Regarding the techniques that researchers used to reach to the results of the study, Pusede said: “We have studied 16 years of atmospheric measurements in California and satellite observations of leaf area. We have designed an analysis that allows us to test separate aspects of the drought’s influence on high ozone concentration, especially emissions of natural ozone precursors and ozone formation chemistry.”