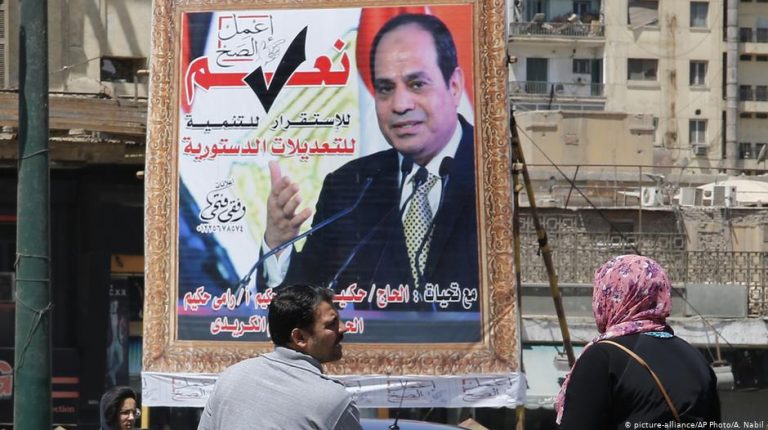 Egyptians will be casting their ballots in the country’s fourth referendum on new amendments to the country’s 2014 Constitution. Polling stations will open for Egyptian expatriates on 19, 20, and 21 April, while the locals will vote on 20, 21, and 22 April, the National Electoral Commission said on Wednesday, a day after the parliament approved the amendments.

The critical amendments entail changing presidential terms, extending the current president’s term to remain in office until 2024 and allowing him to run for a third term of six years ending in 2030. They also give the president the authority to appoint all the country’s top judicial officials, as well as increase the quota of women in parliament. Another article was also approved related to the role of the armed forces which stipulates that its job is to protect the country and safeguard its security, and preserve the constitution and democracy.

The referendum will be supervised and monitored by the judicial personnel and secured by members of the police and the army, the commission added in a press conference.

With a nationalist sentiment, judge Lashin Ibrahim said: “The will of the people is more sacred than the Constitution,” adding that there is no use of constitutions, if they are not serving the interests of nations. Ibrahim called upon voters to head to the polling stations and urged the youth to ignore boycott calls.

The commission provided users with online methods to inquire about their polling stations.

Pro-state supporters argue that extending the term will allow the government and the president to continue economic and development projects, while critics, including some members of the parliament, have claimed that the amendments are unconstitutional. Majority of MPs has agreed on amendments including 25 articles (changed 14 existing articles, introduced 10 new, and one was deleted).

On Tuesday, 531 MPs voted in favor of the new amendments, while only 22 members rejected them, mostly from the 25-30 Coalition, and only one member abstained from voting, out of a total of 554 members.

All over the country, posters calling on citizens to vote “yes” on the amendments have spread. Similarly, media outlets and channels aired musical video clips promoting the amendments.