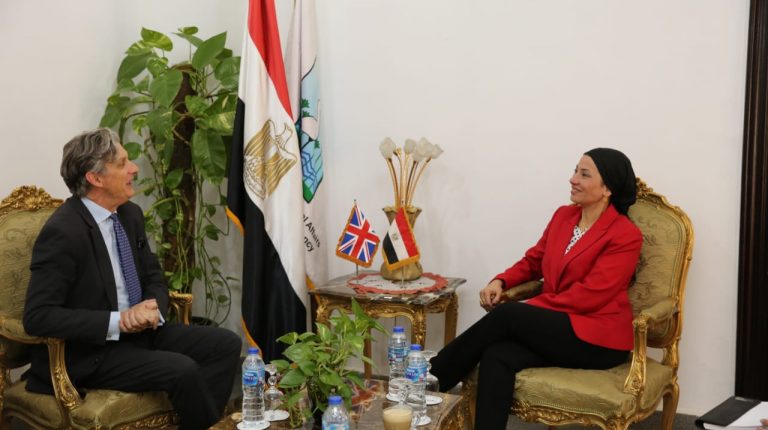 Minister of Environment Yasmine Fouad discussed on Tuesday with the British ambassador to Egypt, Sir Geoffrey Adams, boosting bilateral cooperation in environmental affairs, especially climate change, in light of the joint preparations between Egypt and Britain for the adaptation and capacity alliance which aims to confront climate change.

The alliance will be officially announced by the UN Secretary-General António Guterres at the New York Climate Summit in September.

During the meeting, Fouad stressed that adapting to impacts of climate change is an important priority for African countries and developing countries, pointing out that Egypt has begun early to take into consideration the issue of climate change and work on it.

Egypt also worked on providing political support at the highest levels, as well as work to integrate climate change in other development sectors and plans such as the energy, transport, and industry sectors. It has also taken positive steps in capacity-building in addressing climate change, and providing funding for the implementation of climate-related projects.

Fouad noted that Egypt is currently working on its national plan for adapting to climate change impacts by raising awareness on climate issues among youth. She also reviewed a set of environmental priorities in Egypt, including the waste management system and preserving natural resources.

For his part, the British ambassador praised Egypt’s progress in the field of environment and adapting to climate change. He expressed aspiration for the results achieved by the Egyptian and English teams in preparing the initiative to adapt to the effects of climate change and the ability to confront these impacts.