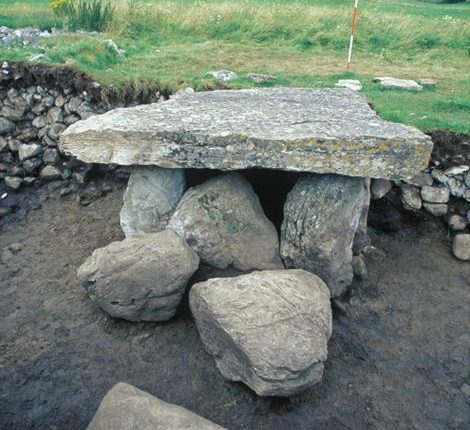 An international research team have discovered kin relationships among stone-age individuals buried in megalithic tombs in Ireland and Sweden, according to a recent study published in the Proceedings of the National Academy of Sciences of the United States of America scientific journal.

The kin relations can be traced for more than 10 generations and suggest that megaliths were graves for kindred groups in stone age north-western Europe.

According to the paper, agriculture spread through migrants from the Fertile Crescent into Europe around 9,000 BCE, reaching north-western Europe by 4,000 BC. Starting around 4,500 BC, a new phenomenon of constructing megalithic monuments, particularly for funerary practices, emerged along the Atlantic façade.

These constructions have been enigmatic to the scientific community and the origin and social structure of the groups that erected them has remained largely unknown.

The international team sequenced and analysed the genomes from the human remains of 24 individuals from five megalithic burial sites, encompassing the widespread tradition of megalithic construction in northern and western Europe.

Mattias Jakobsson, professor of genetics and human evolution at Uppsala University, told Daily News Egypt that he and his team found that stone age people who were buried in megaliths in Ireland, in Scotland, and on the Baltic island of Gotland, were genetically related to other Neolithic groups which colonised the Atlantic coast.

“These groups trace their ancestry back to Anatolia and Anatolian farmers who lived some 10,000 years ago,” he said.

The researchers found that the Megaliths on the British Isles contained more males than females, that many of the individuals were closely related (both men and women), and that there were specific male lines (as seen for specific Y chromosome variants) in the graves.

This all tells us that the individuals buried in the megaliths were part of a stratified society, and that they were likely part of the ruling elite.

“We have been working on this particular genetic investigation for some four years, but some of the tombs were excavated by members of the team some 20 years ago,” Jakobsson noted.

He added that the team found them by using genetic comparisons of the DNA in the skeletons, and applying techniques common in forensics, but more advanced to be able to utilise the DNA from many thousand-year-old human remains.

“Since we are not investigating every single individual in the tombs, we were not really expecting to see close-kin relations. But we did find it, suggesting that these kin relations are common in the tombs,” said Jakobsson.

Furthermore, Jakobsson and his team extracted DNA from the skeletal remains using advanced molecular genetics strategies and specialised clean labs and procedures. They have thereafter used population-genomic approaches to determine relationships among individuals and their relations to other individuals living at the time.