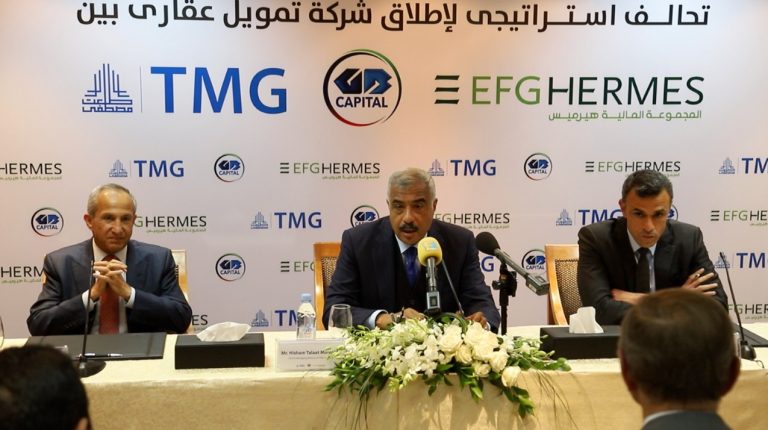 According to the agreement, TMG, GB Capital (the NBFI arm of GB Auto), and EFG Hermes Finance (the NBFI arm of EFG Hermes Holding), each of which will hold one-third of the joint venture’s equity. The JV’s brand name will be revealed later, and it will have an initial paid-in capital of EGP 150m and is expected to increase to EGP 250m as the business grows.

He added that the JV aims to bring to the market real estate units with long-term and competitive financing solutions that would increase affordability and better align housing supply with Egypt’s large, growing population of homebuyers.

While Raouf Ghabbour, chairperson and CEO of GB Auto, explained that several years of high inflation have eroded consumer purchasing power, adding, “we also know home ownership remains a cornerstone of a society that sees more than 900,000 couples each year marry and start new lives. We are bringing to the market a portfolio of easy-to-access financing solutions that will feature the fastest decision-making time in the industry.”

On the other hand, Karim Awad, Group CEO of EFG Hermes Holding, emphasised the huge potential of Egypt’s market for home buyers, which is currently under-penetrated by non-bank financial institutions.

According to the press conference, the JV will offer mortgage finance to all consumers looking to buy move-in homes across TMG’s existing projects and potential developments.

Moreover, it will target to fund a portfolio of units worth EGP 450m in its first 12 months of operations, will offer unrivalled mortgage solutions with the fastest turnaround time over 10-year tenures available to Egyptian clients at competitive interest rates in the market.

EFG Hermes is acting as the sole financial advisor on the transaction, which is subject to the approvals of the Financial Regulatory Authority (FRA) and other regulatory approvals.

The joint venture will take place at the level of an existing mortgage finance company that is currently owned by TMG, where the parties will increase the company’s capital to allow each to have one-third ownership.

Egypt is slated to become the world’s fastest growing mortgages market, according to a 2017 report from Euromonitor International, due to attractive fundamentals such as the magnitude of its population growth and number of marriages, which were expected to drive an 18.9% increase in home mortgages. In anticipation of this uptick in demand, the FRA has homed in on non-bank financial service operations in the country, setting a four-year strategy that would see the body take an active role in growing the volume of the country’s mortgage financing market.

Microfinance portfolio in banks reaches EGP 6.94bn in Q1 of 2019