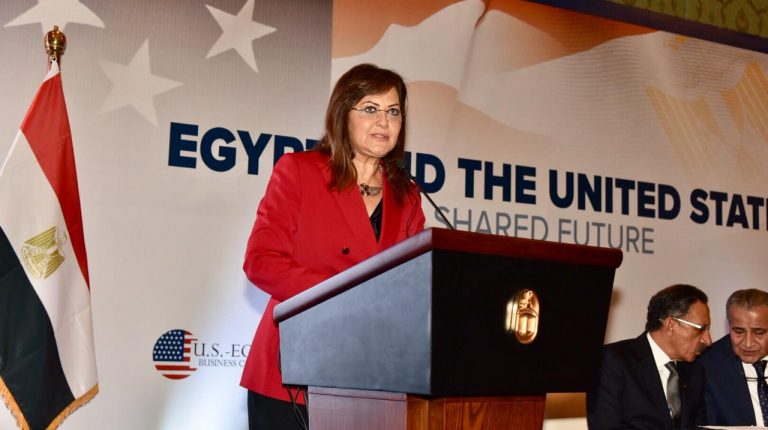 The ministry of planning, monitoring, and administrative reforms will begin a community dialogue on Tuesday to amend Egypt’s sustainable development goals (SDGs) strategy, in order to cope with the regional and international updates, the Minister Hala El- Saeed said.

“We have announced our SDGs strategy in 2016, and since then there are many updates,” she added during the conference that was organised by the Institute of National Planning (INP), on Saturday, entitled “Promoting Sustainable Agriculture”.

Adapting new measures for the sustainable agriculture became very critical especially that agriculture seizes 70% of the water resources, the minister said, adding that the food needs are remarkably increasing, and food security efforts should be boosted.

Egypt’s agriculture sector contribute with 6.3% of the GDP over the third quarter of the fiscal year (FY) 2018/19, in comparison with 5.7% over the same period of last FY 2017/18, the minister mentioned, affirming the governmental efforts in supporting the rural development and boosting the farmers’ standards of living.

The ministry pays great attention to supporting the agricultural small and medium-sized enterprises (SMEs) which creates new job opportunities, the minister noted, pointing out that the Central Bank of Egypt announced a low interest rate loans for the SMEs.

The public investments increased over the past four years, she affirmed, explaining that the first half of the FY 2018/19 witnessed implementation of about 1,133 projects in 20 different sectors including seven projects in the agriculture sector, and 96 projects in the water resources sector.

For his part, Egypt’s Minister of Irrigation and Water Resources, Mohamed Abdel Aty, said that the country suffers from 90% water deficit, affirming the governmental efforts to face this challenge.

“We exert major efforts to create new resources of water, most of the megaprojects depend on desalination,” he noted, adding that the ministry announced campaigns to raise awareness regarding the importance of water.