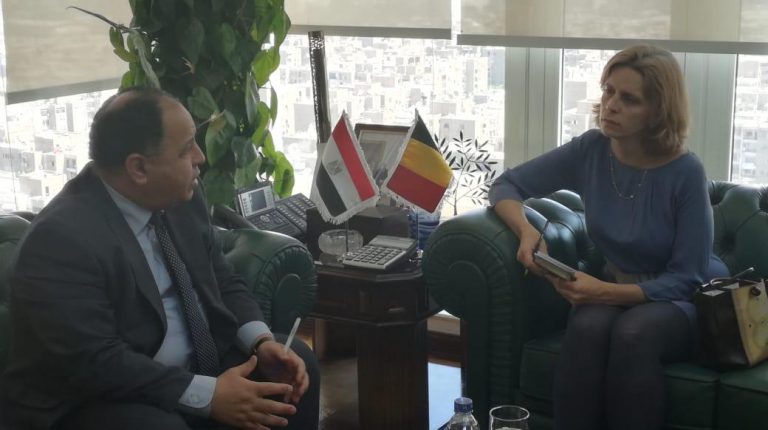 Egypt’s fiscal policy aims to raise the GDP growth rate to 6% in the next fiscal year (FY) 2019/20, after the recent increase of 5.5%, Minister of Finance Mohamed Moeit said on Saturday.

Moiet explained that the economic reforms implemented since 2016 allowed the country to overcome various economic difficulties, and set the national economy on the right track.

Furthermore, he said that the government is currently working to maintain the economic stability, and achieve a primary surplus of 0.2% of GDP for the first time in ten years, adding, “Along with the reduction of public debt which currently stands at 98% of GDP, down from 108% earlier, as we aim to reduce the overall deficit from 8.4% expected in FY 2018/19 to 7% by end FY 2019/20.”

Moeit statement came during his meeting with the ambassador of Belgium in Egypt, Sibille de Cartier.

Moreover, he pointed out that the Ministry of Finance is working to establish a fair tax system, and finalise the automation of the tax system.

“Automation and digitalisation would also contribute to the supervision of the tax community, and increasing the volume of public resources to enable the state to increase spending on public budget,” he added.

Consequently, tax reforms of the fiscal policy and stability would attract investments, which in turn contribute to raising the rates of growth and lower unemployment rates, he said, adding that unemployment has already declined to 9.8%, compared to 13% in FY 2017/18.

Moeit explained that the ministry aims to include the informal sector, especially as many studies indicate that this sector to reach about 60% of the size of the formal sector.