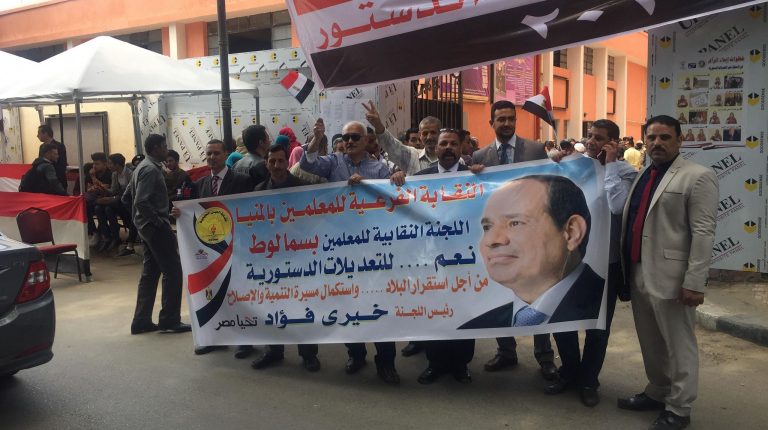 In the first day of voting in the referendum on the constitutional amendments, millions of Egyptian citizens across the nation headed to polling stations on Saturday, to approve or reject the amendments which may allow President Abdel Fattah Al-Sisi to remain in power until 2030.

In Dakahlia governorate, rural districts, such as Bilqas, Mit Ghamr, and Miniat Al-Nasr, recorded a higher turnout than Mansoura, the governorate’s capital city.

The turnout was very low in the early hours of the day, but the afternoon period witnessed a higher turnout from elderly and women, and a few number of youth cast their ballots.

Several students of Mansoura University organised a rally in the surrounding streets of the university to call upon citizens to vote in the referendum.

Meanwhile, Beheira witnessed a limited turnout in most of its districts in the first day of voting. Younger generations absented with a notable participation of elderly and women.

More than five million people have the right to vote in Beheira, as it is one of the most populous governorates.

Fayoum, in the Middle of Egypt, witnessed a moderate voter turnout in the first day of the referendum, also with a notable participation from elderly and women as well.

According to our source there, factories, and companies mobilised their employees to vote in the referendum. Also, heads of families in rural areas gathered to call for voting.