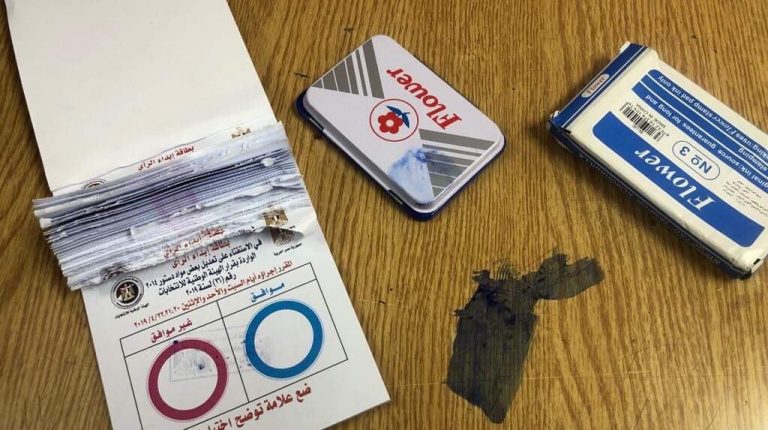 Polling stations across Egypt opened their doors early Saturday for citizens to express their opinions regarding the constitutional amendments, whether by yes or no.

The dates of referendum were announced on Wednesday. Egyptians abroad started voting on Friday and will continue until Sunday.

If the amendments receive a “yes” vote, they will immediately go into effect. The amendments will allow President Abdel-Fattah Al-Sisi to run for office until 2030, establish a senate, increase the representation of women in parliament, and expand powers of the armed forces.

A number of 531 members in the parliament voted in favour of the new amendments while 22 members rejected from the 25-30 coalition, and only one member abstained from voting out of a total of 554 eligible members.

Fatma Gamgoum, 73, said that she voted in favour of constitutional amendments because she wants the leadership to continue its reforms.

“Being a leader in Egypt is not an easy job. It is very exhaustive and President Al-Sisi decided to bear the full responsibility and he is not obliged to do so. That’s why we have to support him,” Gamgoum said, highlighting her satisfaction with the amendments.

“The amendments are great as they will allow women, farmers, and persons with disabilities to have their right in being well represented in parliament, and this is very important,” she added.

Mostafa Barakat, a German-Arabic language translator, 26, said that he voted “yes” because he believes that the economic reforms should continue.

“I have endured very difficult economic measures which I really don’t want to live again with a new president. As an economics student, I can say that there is very significant economic progress in the country which must continue until reaching the best results,” he said, noting that however he disagreed with some articles but still President Al-Sisi should have the chance to continue his roadmap.

While Noha Nossier, 30, said “I will vote “yes” because I want President Al-Sisi to stay with us to complete the path he started in developing the country,” adding, “the country is recovering and many successful steps have been taken on solid ground, so definitely I will say “yes” to the constitutional amendments.”

A taxi driver, who preferred to speak on the condition of anonymity, wondered: “Why should I participate? The country has its ‘owners’. What is the benefit that I will get from voting? The amendments will pass anyway.”

He also said that the amendments will not serve him and there is no specific article giving him any privileges.

Amira Abdel Latif, 27, said: “I have never joined any elections. I don’t think that my voice will ever make any difference.”

Nesma El-Tantawy, 25, a graphic designer, expressed another argument saying that: “What shall I do if there are some amendment which I rejected, I don’t really have to say “no” or “yes.” I think that voting on each article would be much better so people can say what they really feel toward each amendment.”

“I will go and vote and say “no.” I reject the constitutional amendments and I don’t believe that boycotting them is a good option even if the result is known,” a 42-year-old journalist who preferred to speak on condition of anonymity.

Another 28-year-old journalist who also refused to provide her name said that she will vote “no” on the constitutional amendments because she is not satisfied with the majority of the articles, notably those related to the presidential term and the senate.

“I think other people should have the chance to rule the country. Also, I don’t accept that members of the senate are elected by the government, as it should be independent so it can hold the government accountable if there do anything wrong,” she said.

According to Article 253 of the amendmnets, the prime minister, his deputies, ministers, and other members of the government shall not be held accountable to the Senate.