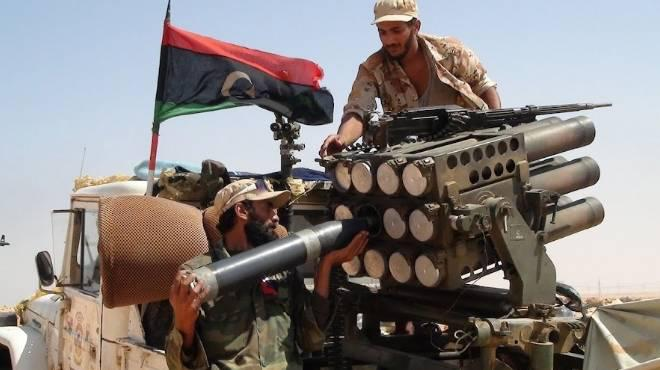 The Libyan capital Tripoli witnessed explosions after an airstrike late on Saturday in an escalation of an attack launched two weeks ago by the forces of the Libyan National Army (LNA) to seize control of the city from the internationally recognised government.

Authorities of the Mitiga International airport authorities announced on the airport’s Facebook page that they reopened the airport to traffic after days of closure due to the deterioration in the security situation.

Two weeks ago, LNA started an offence on Tripoli in order to secure the city, yet its forces have not yet been unable to penetrate the southern defences of the city. Haftar appeared in a video calling for liberating the capital from the hands of the militias and restoring stability in the entire country.

The World Health Organisation (WHO) said that the recent Libyan conflict killed 220 people and wounded 1,066.

Egypt and the United Arab Emirates have previously backed Haftar’s airstrikes during his campaign to control eastern Libya.

Since 2014, the UAE and Egypt have supplied the LNA with military equipment such as aircraft and helicopters, helping Haftar to become the top hand in the conflict in Libya for eight years, according to previous UN reports.

The air strikes came a day after violent clashes in the southern regions that could be heard in the centre of the city. The clashes escalated after the White House said on Friday that United States President Donald Trump had spoken with Haftar on Monday in a phone call.

During the call, Trump discussed the current efforts for confronting terrorism in Libya with Haftar.

According to the statement of the White House, Trump “recognised Field Marshal Haftar’s significant role in fighting terrorism and securing Libya’s oil resources, and the two discussed a shared vision for Libya’s transition toward a stable, democratic political system.”

The statement by the White House did not comment about the delay of the conversation’s announcement. It also made no mention of Haftar’s latest military moves.

Violence erupted in Libya since 2011, when a popular uprising ended with the ousting and death of former President Muammar Gaddafi. Since the ousting of Gaddafi the country has seen rival governments and parliaments in the west and east.