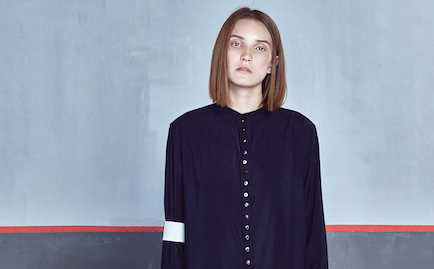 With a warm smile and attentive attitude, he welcomes his guests. It is not hard to see why his aesthetic has been favoured by various top publications over the past six years. His low-key confidence is reflected by his seemingly simple attire. While his turtle neck sweater and classic rounded glasses can suggest his eagerness to hold on to timeless jewels, his stack of dainty tattoos offers a different perspective. 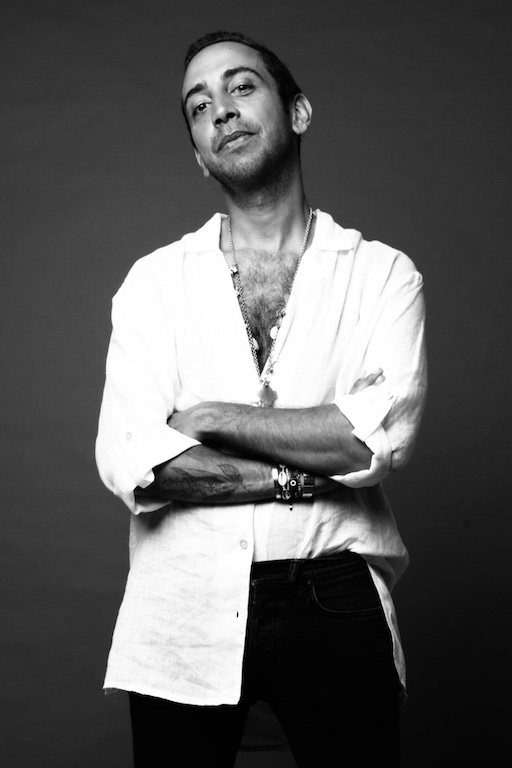 Amine Jreissaty is a 35-year old Lebanese creative director, stylist, and most recently a designer, who is notorious for his minimalistic take on cutting-edge trends. His artistic vision has encouraged many leading brands and publications to travel all the way to his hometown in Beirut to work with him. With an eye for gender-fluid glam and understated sophistication, his heroes are free of time and place restrictions; instead, they are an artistic statement who champion freedom.

After curating an inciting portfolio of iconic styling projects, Jreissaty finally embarked on a long-delayed design journey less than two years ago. His ready to wear brand, Boyfriend, was recently short-listed for the debut season of Fashion trust Arabia (FTA). Being one of 25 exceptional regional talents that were judged by the world’s top fashion experts, helped Boyfriend jump to the forefront. Even though Jreissaty did not win the big prize, he identifies the opportunity as a life-changing experience.

When asked about his early beginnings, the fashion visionary suggests that it was a long journey which led him to where he stands today. So many routes ended up colliding and leading him toward fashion; starting with his parents, who appreciated beautiful things to his travels which helped him nurture an eye for eccentricity.

With that said, Jreissaty did not study fashion at the beginning. Instead, he started with business hospitality in order to enter the luxury domain before specialising in fashion design, where he learnt everything about pattern making, cutting, production, etc. Nevertheless, his career started when he took a styling job for Marie Claire Arabia, before becoming a freelancer for six years.

“Growing up, I knew that I wanted to work in the fashion field. However, it is a generic world that has so many different options aside from design.” Jreissaty said, adding, “I chose styling because it does not adhere to a certain routine. It gives you the space to interpret your vision within different contexts, bodies, and stories. Your imagination can truly run wild; it offers variety and creative freedom.”

Inspired by his raw talent to mix, match, and layer clothes, Jreissaty soon enough cultivated an eye for a certain silhouette, something which later led him to his own brand. “My brand is basically a styling course because it is made of items that you can layer on top of each other in order to wear them in so many different ways.” Jreissaty explained, elaborating, “Boyfriend is a very minimal brand, made of basics that both genders already have in their closets. It is minimal in the cuts that I use; meanwhile, it is subliminal in the way I tend to add details to these basics to make them versatile and wearable in many different ways.” 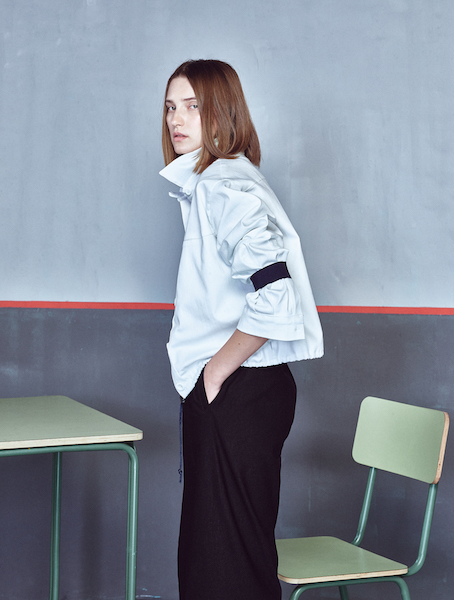 As part of his desire to empower his clients of both genders to wear the same piece of clothes multiple times, all of his designs aim to make people forget that they are wearing the same shirt once again because it can look absolutely different each and every time due to simple styling tricks. “In this region, it was very important for me to make people realise that a basic piece is just as trendy as any trendy alternative. People here tend to buy flashy items for a fortune then end up wearing it very few times before it either goes out of style or they grow bored of it.” The designer explained, adding “On the contrary, I want people to see that basics could be worn over and over.”

Accordingly, the designer tends to tell everyone who will listen that each person has the ability to make a piece look good and never the other way around. Made mainly of white shirts, blazers, trench coats, kimonos, and similar basics, the designer’s previous three capsule collections add to each other – ultimately creating one full story.

“These are items everyone will continue to wear for decades to come. These are not pieces that you will forget or grow tired of. I mean what can possibly be a better investment than a white shirt, I can own hundreds of them,” said the designer with enthusiasm.

With that said, the designer recounts his time at the FTA as a surreal experience. “Getting there and standing alone in the booth with my designs to have a huge number of industry pioneers check my work with genuine interest, surprise, and enthusiasm was an unforgettable experience. Each of these experts had his own file and they knew exactly who each one of us was. They gave us advice about how to move forward, what to enhance, and what to capitalise on,” shared the designer.

The non-profit initiative aims to find, fund, and nurture fashion talents around the Arab world. With a strong executive committee of regional experts, the shortlisted designers get an unparalleled chance to benefit from their experience. Meanwhile, the jury includes 45 top-notch international designers, models, and journalists. 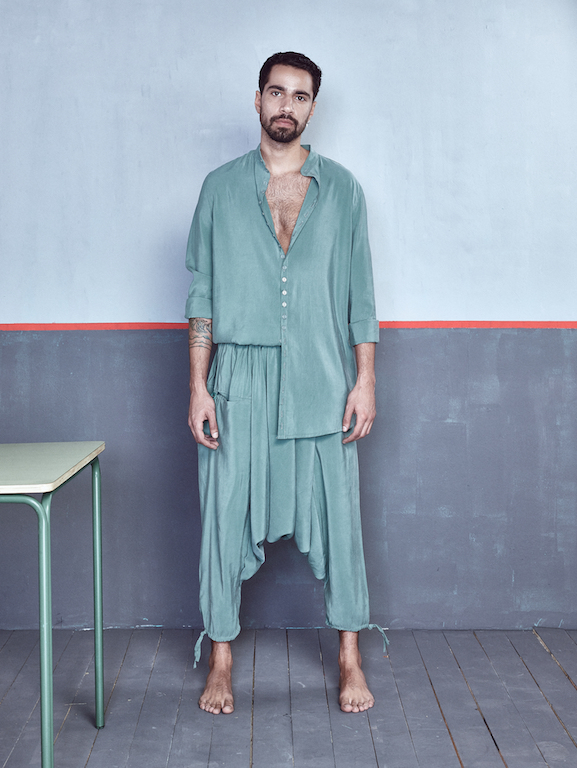 “From the executive committee to the judges and the prominent journalists attending, they all had private talks with each one of us to help us see ways to further develop our brands. Whether it is a designer who has been in the industry for 20 years or someone like me that has only been active for the past year and a half, it was an exceptional event that was nothing less than surreal,” said the designer with a warm smile.

At the end of the star-studded celebration, the FTA winners were Krikor Jabotian for the couture category, Roni Helou for the ready-to-wear, Zyne for footwear, Sabry Marouf for handbags, and the Mukhi Sisters for jewellery. However, all those shortlisted for the prize already acknowledge the opportunity as a life changing one.

As for what the future might bring to his brand, the designer plans to maintain his consistency and upgrade his resources to reach a bigger audience. “I still do not have a team, I started Boyfriend in parallel with my other job as a stylist, and I did not expect it to garner such feedback in a short period of time. I was honestly not prepared for such feedback.” Jreissaty declaring, adding, “I only give the brand 20% of my time, so I am absolutely surprised and proud of what it has reached in less than two years.”

The brand is currently available only in Beirut. However, with strong demand everywhere around the region, from Dubai to Kuwait, Egypt, and Qatar – the designer hopes to cross borders soon.