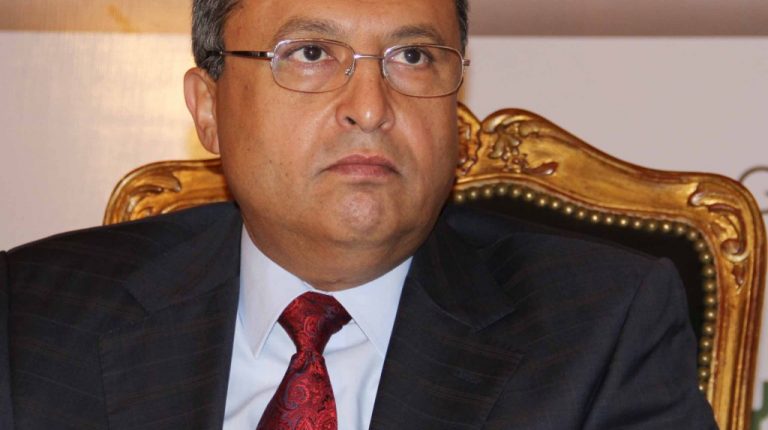 Egypt has been preparing itself recently to be a regional centre for energy especially after recent natural gas discoveries, in addition to other efforts being conducted to deal with other petroleum and mineral resources.

In an exclusive interview with Daily News Egypt, former minister of petroleum and mineral resources, Osama Kamal, unveiled several facts about this sector, explaining the potential that Egypt has and what qualifies it to become the economic capital of the Middle East.

The transcript of the interview is below, lightly edited for clarity:

How do you evaluate the Egyptian economy and investment scene in recent years?

I can say that Egypt has all the potentials that qualify it to be an economic capital for the entire MENA region. My vision is based on that the biggest targeted markets in the world for trading are Europe and Africa which together include 2.5 billion inhabitants. At the same time, Egypt is linked with these two giant markets with vital agreements, such as avoiding double taxation treaties (DTTs) with Europe and Africa. In addition, Egypt plays a key role for the global trading movement thanks to the Suez Canal and its new extension.

Furthermore, Egypt has plenty of the technical qualified labour that is required for any project or investment to be established. Thus, Egypt has a competitive edge among other markets, especially when we know that all the previous potentials which I clarified make the product price of any project in Egypt lower by between $150-200 per tonne of products, compared to other projects established in other countries.

So, Egypt has an attractive investment market?

All these factors are reasons behind the already existing investments in Egypt now, although the presence of several negative issues like bureaucracy, slowness of registration procedures, and problems related to investment conflicts for instance. All these positive aspects are not available in other markets.

Then, how do you see the role played by the ministry of investment in this regard?

It plays an important role, but, let me point out the experience of a country like India which considers real investment attraction is the ‘practicing not the theory,’ and consequently cancelled the ministry of investment on the basis that investment needs a good atmosphere and practical procedures without devoting a portfolio to organise it.

In the same vein, Egypt needs the ministry of investment to ease the mission and stabilise investment policies before investors, and to play a regulatory role in which it introduces all facilities to them, paving the way and preparing the environment to a healthy business investment atmosphere.

But, big steps have been taken by the ministry of investment such as drafting a new Investment Law and opening new investments centres to deal with such troubles?

It is right that there is a new Investment Law and its regulatory frame, in addition to other efforts that are done, but, practicing is not that easy, it must do more to attract more foreign direct investments (FDIs). That is a key issue.

Do you mean that the value of FDIs is the point in this regard?

Exactly. The key factor here is the volume of FDIs that Egypt has attracted since the new law has been in effect. The volume of FDIs is seemingly not enough compared to the efforts that the state is introducing to attract more investments, especially through the president’s visits to meet officials from all over the world, meeting with remarkable businesspersons in this regard.

Yet, what about Siemens in electricity generating and the new investments in the oil and petroleum field? Are these not considered as FDIs that Egypt has succeeded to recently attract?

In this regard, such investments are not subjected to the ministry of investment. These investments were attracted thanks to direct negotiations hold by President Abdel Fattah Al Sisi.

How do you see the role of the investment ministry in the future?

It certainly has an important role, they can only play a regulatory role. The investment need a suitable atmosphere that focuses on the payoff at the expense of regulations or laws. For instance, the Suez Canal economic zone is a good example.

Another important issue I want to mention, the ministry of investment is not doing business itself, but others do. When Egypt embarks on attracting new investments in the solar energy sector it offers three key incentives in this regard, including allowing the transfer of investor’s profits outside Egypt, giving them the right of recourse to arbitration and getting a sovereign guarantee. But, investors were shocked when the final draft of the contract cancelled all these incentives. Such an action impeded the growth in this field, thus the result was that all these projects attracted only one domestic investor.

Therefore, what should be done?

Investment is related to policy stability, and economy and investment policies and strategies which cannot be changed when officials leave their posts. Investment is a normal response to stability.

Meanwhile, we need to track project and investment returns– not regulations as a solid structure. Obligation to regulations and legislations strictly curbs any effort to depend on the private sector or attract foreign investors to help the state benefit the most from its potentials. So, this situation is constraining the state from generating new job opportunities and, consequently, improve the living standard of all Egyptians.

In addition, we must turn into toward electronic system, cancelling any face to face contact. This is the followed system in all thriving countries all over the world. Countries like India, South Africa, Burundi, Ethiopia, and the UAE are all following this lead. The investor in these countries gets his project required permissions in just three days.

Egypt needs to adopt models of successful countries through establishing cities which represent the models of economic and investment successful countries such as the UAE, Singapore, and China to inspire their experiences in Egypt. This will help us to learn the methods and techniques that are followed there, and on the other hand attract new investments in an easy way.

Let’s talk about the mining industry in Egypt, and how this sector is really suffering now.

Unfortunately, the terms that were set to explore gold ore in 2016 didn’t help a lot. This sector and its laws and regulations need to be totally restructured in way that can attract investors in similar countries like Australia, South Africa, and Morocco.

Is that relates to the report that the ministry of petroleum and mineral resources mandated to Mackenzie to draft, putting an integrated vision, and making use of mineral wealth in Egypt?

Yes, Mackenzie has already drafted its report and handed it to the ministry of petroleum. I guess the report assured the application of tax and royalty as the best way to explore gold ore and establish a real gold mining industry.

Is that due to the terms were set for exploring oil?

It is completely true. The mineral resources cannot be organised under a frame of oil and petroleum field, there is an vast difference between the two.

According to your experience, what are the benefits that our economy can reap from exploiting our neglected wealth of mineral resources?

Egypt has a wealth of mineral ores. According to a recent study the outcome of our mineral resources for the national economy ranges between an annual EGP 800m and EGP 900m. But, this average could jump to record $10bn within five years, if this wealth started to be tapped.

What about our reserves of natural gas and its ability to cover our consumption and to be exported?

From your perspective, how do the projected constitutional amendments overshadow the economy and investment scene in Egypt?

I expect that Egypt is to experience massive structural changes after the constitutional amendments are in effect, as it paves the way to more stability in the economic, political, and social aspects, causing the stability that the investment atmosphere requires.