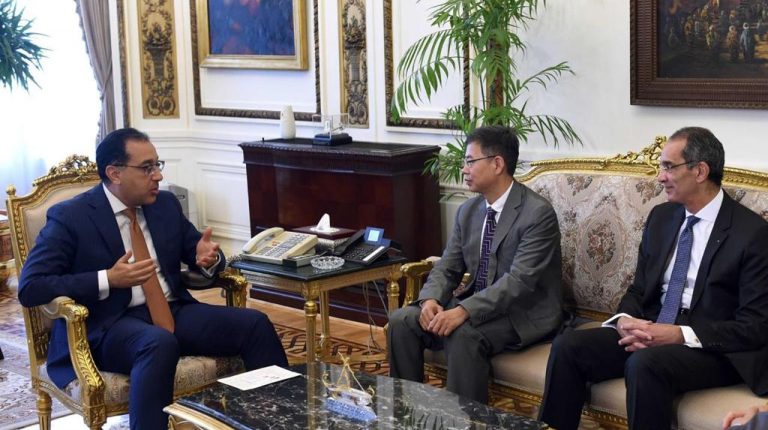 Huawei Technologies Company is to launch first 5G network services trial in Egypt at the Cairo International Stadium during the period of hosting the 2019 Africa Cup of Nations (AFCON), Minister of Communication and Information Technology, Amr Talaat, said on Sunday.

During the meeting, Madbouly called on Huawei to increase its investments in Egypt, especially in the field of smart city technologies, and other fields which Egypt attaches increasing importance to.

Li Jie stressed the company’s growing interest in the Egyptian market, pointing out Huawei’s keenness to respond flexibly to what the market needs and to contribute as best as possible to the promotion of development in Egypt.

Furthermore, Talaat revealed that Egypt is keen on coordinating with the Chinese company in artificial intelligence (AI), as well as technology transfer, and the 5G network service.