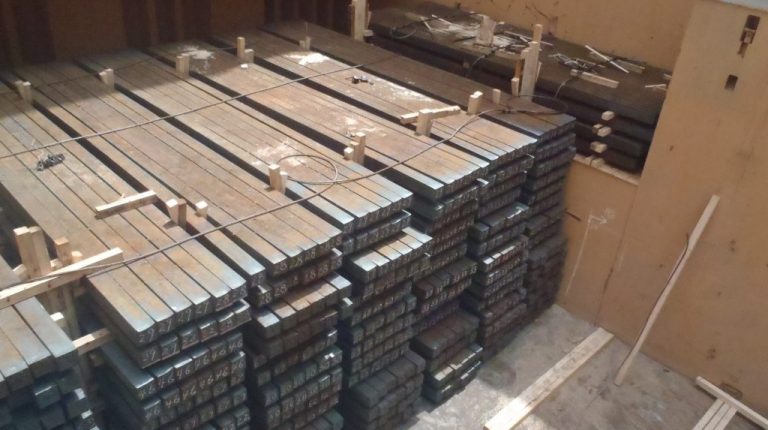 Tarek Al Gioshy, president of Al Gioshy Steel and member of the Metallurgical Industries Chamber said that the decision of Egypt’s Ministry of Trade and Industry to impose a temporary import tariff of 15% on iron billets and 25% on steel rebar, set for 180 days, has a bad effect on the current 22 factories that work in rolling steel and other related factories that work in complementary industries.

Al Gioshy elaborated that that decision was forced by four large steel companies in the local Egyptian market, alleging that they incurred more costs in the production process.

Additionally, he revealed that some of these companies announced their business suspension and the rest will stop within a week, noting that these companies constitute about 20-25% of the industry.

“These four companies demanded the imposition of a temporary 15% import tariff on iron billets to protect Egypt’s domestic iron and steel industry against dumping, and they provided the government with figures to prove that they are able to cover the market needs of other companies which import billets, which is contrary to the truth,” Al Gioshy elaborated.  “We called all the competent authorities in Egypt such as the cabinet and the ministries of trade and industry and finance to reconsider this decision which harms the local industry and promotes monopolisation policies. Besides, we are trying to provide arguments to international organisations, namely the World Trade Organisation, and International Labour Organisation.”

He noted that the government made the decision individually without consulting any of the rolling steel companies other than the four major companies, of which the state owns two, and that the consumer is the first loser of this decision application.

He demanded the consideration or cancellation of this hasty decision or decreasing tariffs to maximum of 5%.

Wanes Ayad chairperson of Metad Helwan for Rolling Metals (Ayad Group) said that the decision led to steel price increases by EGP 600, expecting an increase of 15% on iron prices during the decision period.

“The decision resulted in the closure of 12 factories and the others are already closed,” Ayad said. “We will stop production in the next week, and the ministry of trade and industry as well as finance do not respond to our calls and appeals.”

He believes that the decision has no use or value and that it does not protect the national industry, however, it protects the interest of very specific companies to monopolise the market.

He disclosed that the decision of imposing a temporary 25% import tariff on steel rebar was a good decision and in favour of the Egyptian industry but the other decision to impose a 15% import tariff on billets was faulty because no tariff is supposed to be imposed on raw material.