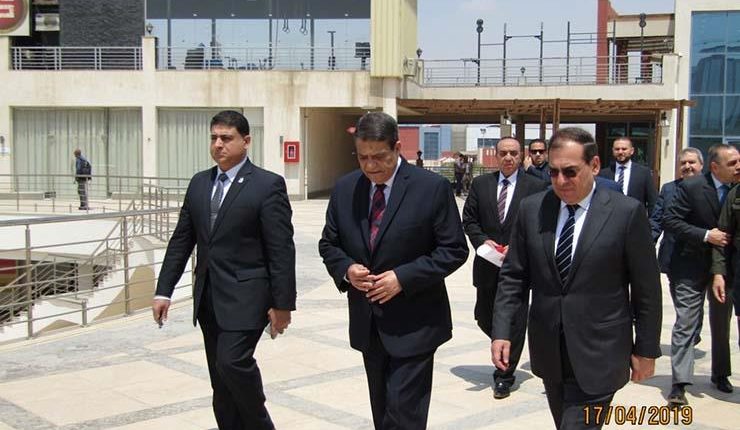 The ACUD’s spokesperson, Khaled El Hosseini, said that this deal comes in the framework of the state’s preparation for transferring government ministries and agencies by mid-2020, pointing out that the deal is worth EGP 31.5m.

The signing was attended by the ACUD’s Chairperson, Ahmed Zaki Abdeen, Minister of Petroleum, Tarek El-Molla, and Chairperson of the Cairo Gas Company, Mohamed Hassan.

The ACUD’s Chairperson, Ahmed Zaki Abdeen, said that the project of implementing natural gas network of the government district in the first phase of the NAC aims to connect gas service to ministry buildings on 153 feddan, and the buildings of the major state institutions.

Abdeen pointed out that this cooperation includes the implementation of the natural gas cooling plant through the Egyptian Company for Energy and Cooling Projects (Gascool), adding that the Cairo Gas Company will develop the main gas network and establish a gas reduction station in the NAC.

For his part, Minister of Petroleum Tarek El-Molla said that the NAC project witnesses a positive development in the level of the volume of works carried out in the current period, and observes the implementation of huge investments in the city’s infrastructure, which reflects the vision of the state and political leadership to develop the Capital as the best modern city.

El-Molla noted that it is planned to connect the government district in the NAC with natural gas after completing the implementation of the necessary infrastructure to deliver gas in accordance with the set time plan.

He pointed out that the ministry of petroleum aims to accelerate the delivery of natural gas to new projects in order to meet the needs of the continuous urban expansion of natural gas services as distinct civilizational services.

Furthermore, he explained that providing natural gas to the new areas is being carried out by qualified Egyptian cadres according to the highest quality standards.