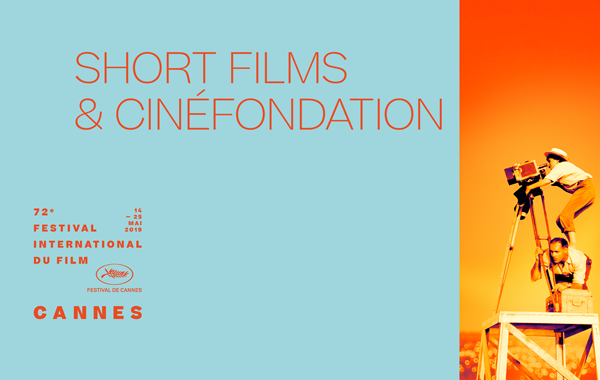 Following the announcement of the Official Selection of the 72nd Cannes Film Festival, the festival revealed its short films in competition and the Cinéfondation selection 2019.

Presided by Claire Denis, the Cinéfondation and short films jury will award the three prizes of the Cinéfondation on Thursday 23rd May. The Short Film Palme d’Or will be awarded during the closing ceremony on 25th May.

The 2019 Short Films Competition comprises of 11 films (nine works of fictions, one documentary, and one animation), from Albania, Argentina, France, Finland, Greece, Israel, Ukraine, Sweden, and the United States. This year, the selection committee has viewed 4,240 short films.

For its 22nd edition, the Cinéfondation selection has chosen 17 films (14 live-action and three animated films), from among the 2,000 submitted by schools all over the world. The important presence of Central and Eastern Europe highlights the vitality of filmmaking education in these countries. Six of the selected shorts come from schools participating for the first time.

The jury will hand over the three Cinéfondation prizes at a ceremony preceding the screening of the awarded films on 23rd May, in the Palais des Festivals Buñuel Theatre.

The screen of the Grand Théâtre Lumière will display the film on 14 May as part of this year’s first Palme d’Or competition screening.

The film takes place in the sleepy small town of Centerville, where something is not quite right. The moon hangs large and low in the sky, the hours of daylight are becoming unpredictable, and animals are beginning to exhibit unusual behaviours. No one quite knows why. News reports are scary, and scientists are concerned.  But no one foresees the strangest and most dangerous repercussions that will soon start plaguing Centerville. The dead rise from their graves and savagely attack and feast on the living, and the citizens of the town must battle for their survival.