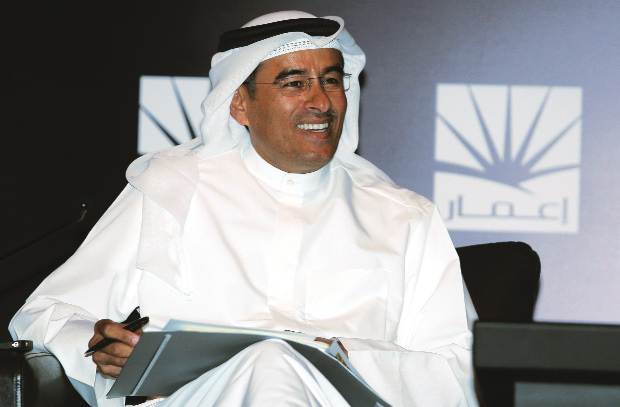 The board of directors of Emaar Misr announced on Tuesday a donation of EGP 878m ($50m) to develop informal housing areas in Egypt.

Emaar Misr said that this donation is due to its belief in the developmental role that private sector companies must play toward contributing to community initiatives and social projects, as well as improving the living conditions of the neediest families by participating in efforts to develop informal housing areas.

Mohamed Alabbar, chairperson of Emaar Properties said that Emaar has been able to win the confidence of the Egyptian people through its distinguished projects in Egypt.

Alabbar added, “As a real estate developer, we are not only interested in building investment projects but also in achieving equal living opportunities for all. This is our contribution toward the development of informal housing areas, believing in the importance of these projects and their ability to achieve human development. This is in the interest of the Egyptian economy and the region. We, at Emaar, are interested in participating in community initiatives and we are well aware of their role in achieving social balance.”

Furthermore, Alabbar called all private sector institutions and businesspersons to participate in community initiatives as part of their responsibility toward the community, where companies invest to contribute toward a social renaissance integrated with the various efforts of the government in this regard.

Last year, Emaar Misr, in cooperation with Misr El Kheir Foundation, announced the launch of Beyout Al Kheir project, in order to improve the living conditions of thousands of underprivileged families in Egypt’s villages and governorates through constructing and developing economic units for each residential unit sold by the company. The project’s investment cost is worth $15m to be paid over three years.