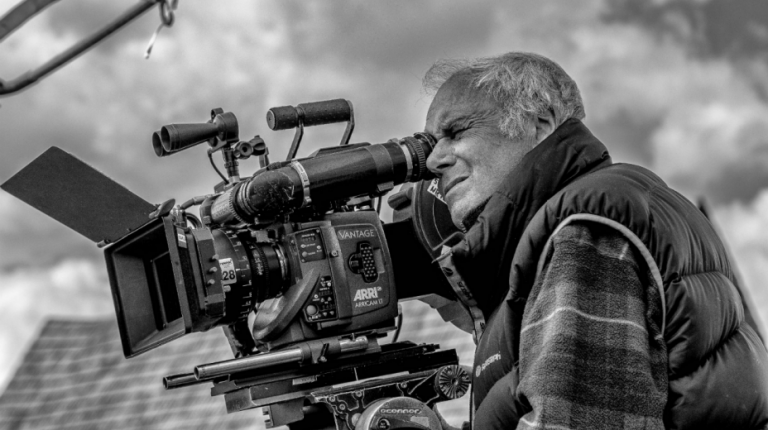 The Karlovy Vary International Film Festival (KVIFF) President’s award will go to cinematographer Vladimír Smutný.  Smutný, whose professional creed is service to the film’s narrative, has imprinted his distinctive visual style on dozens of Czech movies and has also collaborated on numerous foreign film projects.

After graduating from Fine Arts and Performing University in Prague, (FAMU), Smutný worked as an assistant cinematographer, which gave him an opportunity to gain experience alongside legends of the trade such as František Uldrich and Jaromír Šofr. His first projects as director of photography (DOP) came in the 1980s when he worked primarily with director Jiří Svoboda: Encounter with the Shadows (1982), End of the Lonely Farm Berghof (1983) and Scalpel, Please (1985), among others.

He then shot Good Light (1985) and Forbidden Dreams (1986) with Karel Kachyňa, with whom he also worked on the TV romance St Nicholas Is in Town (1992) and the successful TV series The Train of Childhood and Expectation. In the mid-1990s his cinematic ‘eye’ became an integral

element of the films of Jan and Zdeněk Svěrák. After the Oscar-winning Kolya (1996), their

Smutný, whose style is marked by his extraordinary approach to working with light, has been repeatedly sought out by other directors as well, including Ivan Fíla (Lea, 1996; King

Vladimír Smutný is a seven-time winner of the Czech Lion for Best Cinematography, and a

two-time winner of a Czech Film Critics’ award. He also teaches at the FAMU in Prague.

The festival will also commemorate the 30th anniversary of the Velvet Revolution with a selection of seven movies shot in 1989-1992. The selected films, made in the ‘wild nineties’ after the disintegration of the totalitarian regime, strongly reflect filmmakers’ newly acquired artistic freedom, where the director’s imagination was the only limit. The fearless exploration of genre, pointed social critique and, in the words of Jan Němec, “the strange spirit of an era involving the most fundamental changes, not only from bad to good, but from bad to everything” – these are the topics we will be discussing at this year’s festival with the creators of the distinctive work that came out of an era so hopeful for film and the society at large.

now cult “rhythmical of the totalitarian age” Smoke (1991), a highly ironic tale of a young engineer’s conflict with a bizarre factory’s petrified organisational structure. Irena Pavlásková, meanwhile, offered up a significantly more chilling take on the absurd nature of

life in pre-revolutionary Czechoslovakia in her caustic psychological thriller Time of the Servants (1989); here, the transformation of timid medical student Dana into an unscrupulous master of manipulation perfectly captured the creeping moral decay of society

as a whole. The third choice from a beginning filmmaker is Filip Renč’s debut Requiem for a Maiden (1991). This drama, based on true events from the 1980s, follows the sad fate of fourteen-year-old Marika, who is mistakenly sent to a home for mentally disabled girls. The film’s vivid depiction of her cruel treatment and its tragic consequences heralded the emergence of new and more expressive forms of genre cinema after 1989. Wherever artistic freedom was not being stifled by commercial considerations during the early post-revolutionary era, earlier generations of filmmakers who had worked prolifically under communism found countless new sources of inspiration. It is no coincidence that experienced directors who had always refused to compromise in the face of communist censorship ended up creating some of the most urgent explorations of the new-born democracy. Jan Němec returned to Czechoslovakia after 15 years in exile and immediately caused an uproar with his aesthetically unusual The Flames of Royal Love (1990), a subversive shout in an era of chaos when genius, amateurishness, art, and kitsch suddenly all found themselves back at the same starting point. The rapid transition to capitalism stirred up a plethora of new adventures, which Juraj Jakubisko captured in his comic drama It’s Better to Be Wealthy and Healthy Than Poor and Ill (1992), a post-1989 tale of two women who jointly throw themselves into business.

One on one with ADFF director Peter Scarlet: Part 2