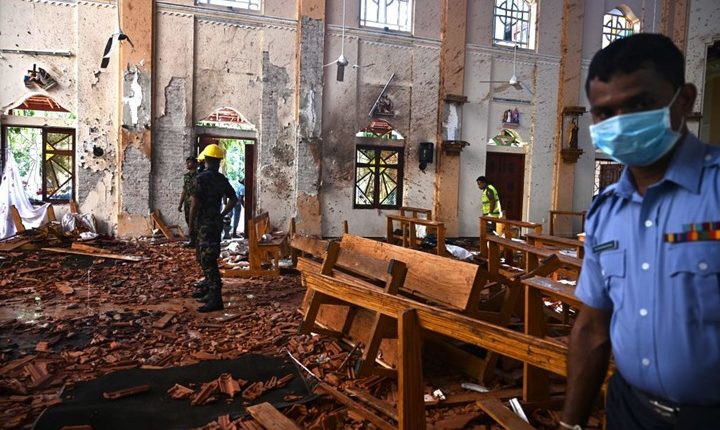 A new bombing attack occurred on Monday near a church in the Sri Lankan capital of Colombo which marked the ninth bomb explosion, one day after the deadly eight bombing that took place in the country on Sunday, leaving numerous dead and wounding countless others.

The blast appeared while Sri Lankan police were trying to neutralise an explosive device planted inside a parked car near a church in central Colombo.

Sri Lankan police announced on Monday morning that the casualties of the bombings, which targeted luxury hotels and churches in different parts of the country, continued to rise.

“The death toll is about 290 dead and 500 wounded,” an anonymous police official told AFP.

Sri Lanka said on Monday it was invoking emergency powers in the aftermath of the devastating bomb attacks against hotels and churches, blamed on militants with foreign links, in which 290 people were killed and nearly 500 wounded.

The Emergency Law, which gives police and the military extensive powers to detain and interrogate suspects without court orders, will go into effect at midnight on Monday, the president’s office said.

There was no claim of responsibility for the attacks, but suspicions focused on Islamic militants in the Buddhist-majority country.