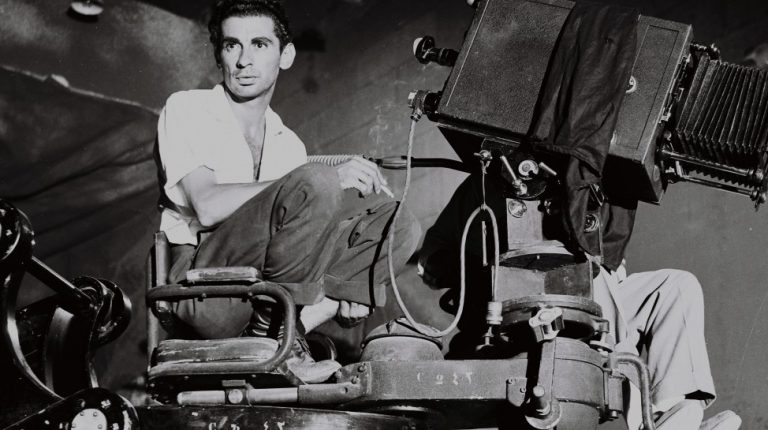 The 54th Karlovy Vary International Film Festival (KVIFF) is honouring iconic Egyptian filmmaker Youssef Chahine (1926-2008) with a large retrospective of 11 remastered films consisting of early lesser-known works as well as established classics. All the movies in the programme – the biggest of its kind to be featured at any international film fest – are part of a major Chahine restoration project realised over the past several years by the director’s production house, Misr International Films, along with various other institutions such as La Cinémathèque française and Cineteca di Bologna.

Five of the restored films are making their festival premiere at the KVIFF this year, and three of them are being shown for the first time with English subtitles. The ambitious programme aims to provide a comprehensive overview of one of the greatest filmmakers from Africa and the Middle East.

“A thorough look at the work of Youssef Chahine has long been overdue in Eastern Europe,” says the festival’s artistic director, Karel Och. “We are delighted to pay this debt as a tribute to an exceptional artist and humanist with strong political views, as well as to Arab cinema, which has recently found a home in Karlovy Vary.”

The programme charts the different phases of Chahine’s career, starting with early studio works, continuing with his mid-career masterpieces, and ending with his meditative late-career philosophical treatises. Nearly half the programme is dedicated to lesser-seen early works, including his debut Daddy Amin (1950), a fantasy comedy about a family patriarch who watches the transformation of his household after his death; The Devil of the Desert (1954), a sword-and-sandal adventure set in an ancient tribal society featuring a Zorro-like figure who decides to rebel against the tyrannical ruler of his village; and My One and Only Love (1957), one of Egypt’s most beloved musical comedies about a man and woman who are forced into a marriage of convenience before they gradually fall in love with each other.

“The recent restorations provide us with a golden opportunity to introduce the world to Chahine’s lesser-known early works and to shed light on the evolution of his filmmaking,” says Joseph Fahim, the programme’s curator and the KVIFF’s international consultant.

“Action epics, musicals, romantic melodramas and political allegories – the diversity and unpredictability of his 1950s output contain the seeds for the psychological complexity of Cairo Station (1958), the sweeping imagery of Saladin (1963), and the genre mashing of The Return of the Prodigal Son (1976), all of which are being shown in the programme. Western audiences mostly know Chahine for the neo-realist Cairo Station, but there is so much more to his cinematic oeuvre. That’s what we are trying to show in this programme.”

For more than half a century, Youssef Chahine was the Middle East’s most recognised and most celebrated film director. His pictures were shown at the world’s biggest film festivals, including Cannes, Venice, and Berlin. He won the 1979 Silver Bear for Alexandria Why? (1978) at the Berlinale. Five of his films were nominated for Cannes’s Palme d’Or, and in 1997 he was presented with the festival’s 50th Anniversary prize for lifetime achievement. Legendary Egyptian star Omar Sharif got his screen debut in Chahine’s The Blazing Sun (1954).

Following Egypt’s 1967 military defeat to Israel, Chahine became a staunch critic of the Egyptian government, which resulted in a number of his films being temporarily banned.

List of films presented in the Tribute to Youssef Chahine: