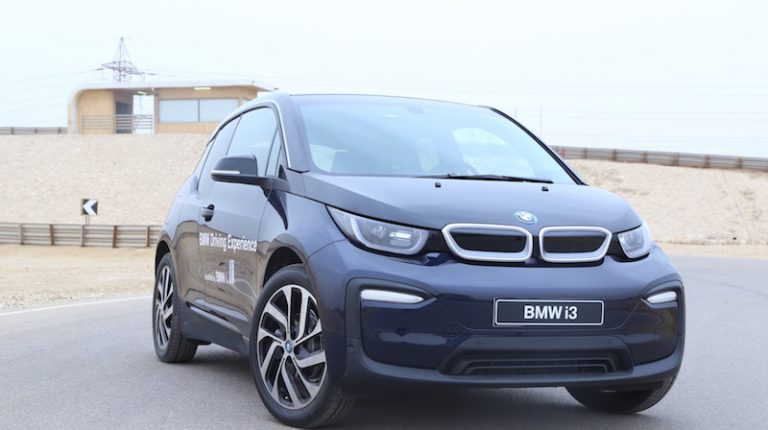 BAG completed the preparations to introduce a new generation of cars to keep pace with international markets.

The most prominent preparations made by the group for customers are the completion of the service and maintenance centres to solve all possible problems which may face customers after the acquisition of EVs for the first time in Egypt.

The Minister of Trade and Industry, Amr Nassar, stressed the keenness of his government to encourage the production and manufacture of EVs, which represent the future of the automotive industry in the world. He pointed out the importance of keeping up with the current global trends to shift towards environmentally friendly cars.

Nassar added that the government is currently preparing all new cities with infrastructure for charging EVs, especially after the issuance of a republican decision to allow the import of cars without customs duties, which contributes toward encouraging the Egyptian consumer to use this type of car to reduce energy consumption and maintain the environment free of hazardous emissions.

He pointed out that the trends of the BAG supports the state strategy to encourage the use EVs in order to contribute toward reducing emissions and dependence on fuel as a source of energy.

Chairperson of BAG in Egypt, Farid El Tobgy, said that the group is seeking to lead the EV market in 2019, adding that the group conducted numerous studies which lasted for over two years on how to develop and prepare for the entry of EVs into the Egyptian market, training workers, and completing the establishment of service centres for EVs.

He added that BMW i reflects the great technological development in the production of EVs and hybrid cars of high-performance and fuel-savers, noting that the new car is manufactured using sustainable materials and recycled material during the production process in order to achieve a green future, and develop technologies to reduce fuel consumption and carbon dioxide (CO2) emissions.

Regional Sales Manager Konrad Baumgartner, said that BMW has a long history in the field of the EV industry in the world since 1972, where the company’s car was one of the most prominent stations in the history of the development of EVs.

He added that the EV BMW i3 offers new and innovative features of all the sports specifications and practical characteristics provided by four-seater cars, pointing out that the car has an creative design, and the passenger compartment is made carbon fibre, characterised by light weight, toughness, and safety.

The group surprised the market by introducing three different models which meet customers’ varied desires-whether they are supercar enthusiasts-represented by the twin-engine BMW I8 ROADSTER model, with a gasoline engine and a state-of-the-art electric motor.

The first engine is an electric engine that gets its capacity from 6 lithium batteries which improve its performance. This engine generates 143 hp and is connected to a two-speed automatic transmission which connects the power to the front axle of the car.

The second petrol-powered engine is in the rear of the car and is a three-cylinder, twin-turbo, 1.5 litre turbocharger which generates 231 hp and 320Nm of torque.

BAG also introduced the BMW I8 Coupe, which is a completely new concept for sports cars based on the lightweight structure of carbon and streamlined design. The model achieves greater sustainability with technologies of the BMW eDrive which is highly efficient and is produced from recyclable materials in its interior without sacrificing any degree of dynamism and athletic appearance.

Moreover, the BMW i8 is a hybrid sports vehicle that combines the performance of sports cars and their attractiveness on the one hand, and efficient fuel consumption in small cars on the other. The BMW i8 operates a three-cylinder fuel engine with dual turbo technology TwinPower Turbo.

The i8 engine generates 374 hp across its four wheels. When both engines run together, the car can reach 100km/h in 4.4 seconds at a fuel consumption rate of 2.5 litres per 100km.

The Bavarian Group did not overlook the most reliable car that is in line with the car’s daily use, and introduced the i3, which is a real breakthrough in the world of EVs, where the car can travel up to 350km per charge, after amending the batteries to reach 125kW/170 hp with a torque of 250Nm to reach a top speed of 150km/h.

The electric motor draws energy from lithium-ion battery cells, built into the lower chassis. Electric power is supplied via an ordinary electrical outlet or the BMW i Wallbox.

Noteworthy, the BAG has recently met representatives from the transport sector in the World Bank (WB) in the presence of Farid El Tobgy, and Marketing Manager responsible for the EVs sector, Mohamed Al-Ghazali Harb.

The meeting discussed means of promoting the market of EVs in Egypt in order to develop a complete strategy, in coordination with all competent authorities in the development of this sector.

The group’s vision was presented in the transformation of EVs and reviewed the group’s efforts in the preparations for the launch of the EV project.

El Tobgy said at the time that the global automotive industry is witnessing a technological revolution that we must prepare for, and keep pace with, and that the Bavarian group has already started preparations since 2016 to be the first to enter this new age in Egypt.

The representatives of the transport sector in the WB had many questions about the ways of development and how to cooperate with government agencies to promote this sector, and learning of the desired success requirements by the competent authorities.

Mohamed Al-Ghazali Harb presented some important points that responsible authorities should quickly work on to ensure the project’s success.