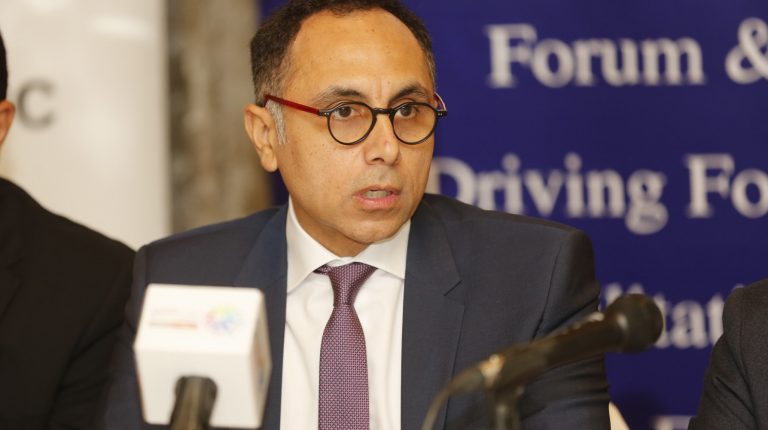 British companies’ interest in Egypt’s transportation and renewable energy sectors is remarkably increasing, especially in megaprojects, Chairperson of the British Egyptian Business Association (BEBA) Khaled Nosseir, said, adding, “The most recent is a British company which is investing in the Benban Solar Park and other big companies which seek to invest in the monorail project that links the New Administrative Capital (NAC) with Cairo.”

There are at least couple of UK business missions that are expected to visit Egypt in 2019, Nosseir noted, asserting that the BEBA still awaits their final confirmation.

Daily News Egypt interviewed Nosseir to explore BEBA’s plans, British companies’ new interests in the Egyptian market, and learn further about BEBA’s recent activities, the transcript of which is below, lightly edited for clarity:

Do you have a plan to increase the BEBA’s members?

Sure, we always try to increase member numbers, to offer novel and positive services. We are keen on enlarging the platform of members to have a wider diversity of members, yet it is not a matter of increasing the members’ numbers as it is a matter of quality. We stand now at almost 800 members. Moreover, we are a platform for the British and Egyptian businesspersons to meet, interact, and have one-to-one business interest. The BEBA board meets on a monthly basis where we organise monthly events. Often there are up to three events per month for the members and for the officials both from the Egyptian and the UK government. Sometimes we include incoming British business missions in our events.

Are there new British companies who want to invest in Egypt?

Of course, many British companies are seeking to enter the Egyptian market. British companies are mostly interested in Egypt’s health care, transport, education and of course the oil and gas sector. There are a lot of British investments in the field of oil and gas, financial services, and the Communication and Information Technology (CIT) sector. We see increasing the interest of British companies to cooperate with Egyptian counterparts and governments in providing technical assistance and knowhow, to share knowledge and experiences both in the healthcare and education fields.

What about British companies’ interest in the country’s megaprojects?

British companies are very interested in Egypt’s megaprojects, especially in transport and renewable energy. For example, the Benban Solar Park and monorail project which links the NAC with Cairo.

What about bilateral missions?

We started a tradition four years ago of organising business missions to the UK, and they were quite successful year-over-year. We will have our business mission by the end of the year. We also welcome incoming sectorial business missions from the UK. We organise bilateral meetings for them with Egyptian counterparts and the concerned governmental entities. The healthcare conference of the 1st April was one example of our efforts to promote new areas of the economy. The conference was well attended and very successful. The panel discussion was very informative for all participants including Egyptian and British companies who were visiting Egypt on business mission from the UK. The event shed light on the government’s plans to restructure the entire health care sector in Egypt and the Universal Health Care Law, and plans of how it will be run. Additionally, at least a couple of UK business missions will visit Egypt and we are awaiting their final confirmation.

What about your upcoming events and the ministers which you will host in 2019?

In 2019, we had the Minister of Finance, Mohamed Moeit, the Minister of Higher Education, Khaled Abdel Ghaffar, as well as officials from the General Authority for Investment and Free Zones (GAFI). We plan to host several ministers and governmental officials until the end of the year. In due time we will announce who will attend and what the programmes are. Furthermore, we will continue our trend in creating innovative ideas and offering topics of interests of the new economy. We help members to develop their contacts, with UK companies and allow them to have direct contact with Egyptian and UK officials. The BEBA’s mission is basically to act as a platform for UK and Egyptian businesses to build bridges between both countries in order to enhance economic activities and partnership, as well as to provide services for its members. We also act as the voice of our members to promote their interests and assist in solving any challenges they face.

What do you think of the Egyptian economy’s performance?

The economic structure changes which took place in Egypt positively reflected on the economy’s stability, which was very important for economic activity. GDP growth is increasing well. We noticed the improvement in the rating of the Egyptian economy by rating agencies. The recent economic developments are all positive and we need to continue and build upon them. The country is facing some problems in its educational system. However, the government is taking serious steps to solve them, yet it takes time for them to be completely resolved because one of the main country’s challenges is the rapid population growth which can both be a blessing or a problem. If you educate the people and train them, then it’s a blessing as it become an asset, but if you don’t, then it’s a problem.