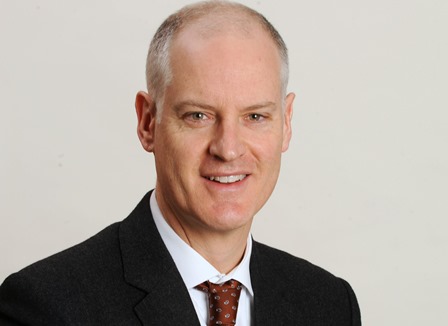 The RICS is a professional body promoting and enforcing the highest international standards in the valuation, management, and development of land, real estate, construction, and infrastructure.

“In order for people to trust Egypt’s market and invest here, they need to have much information and facts to understand and compare,” Creighton told Daily News Egypt during his participation at the International Real Estate Development Conference which was organised last week.

A market like Egypt needs to cope with international standards, so that banks and other organisations can understand and trust the situation in the country,  Creighton stated, adding, “I came to Egypt for the first time in my life this time, so my knowledge of the Egyptian market is sort of minatory, but I will say that I work internationally and there is a misunderstanding that there is a place called ‘international’ as the market is interconnected.”

Creighton’s job is generally internationally, so he chairs coalitions which have over 300 different bodies around the world, he noted, adding that his own organisations have members which work in 146 countries.

Up to 70% of all the wealth of the world is in land and property, he affirmed, noting, “There are several standards including the International Land Management Standards (ILMS). It all starts with the earth. For example, when we want to convey an paper or through the internet, information about land, how do we do it consistently? What data is to be collected and how is it to be communicated. That is what the ILMS does.”

The RICS wants to ensure that local standards are always in line with global ones in order to have the same definition when talking about the size of property, he declared, adding that the RICS also has international fire safety standards.

There have been disasters around the world resulting from fire, Creighton elaborated, adding that “The RICS is creating the ‘What is safe?’ standards. All these standards fall into the international valuation standards.”

“If companies are going to value land or infrastructure projects and property, they will need to have a consistent basis on which to do that,” he pointed out, noting, “If we had inconsistent information going in, we are going to have inconsistent answers.”

In 2018, the RICS celebrated its 150th anniversary, as it was established in 1868, according to the RICS’s website, adding, “Surveyors have been at the forefront of some of the most remarkable developments in human history, as technological advancements have taken us to previously untouched parts of our world, to the depths of the oceans, and even into space.”