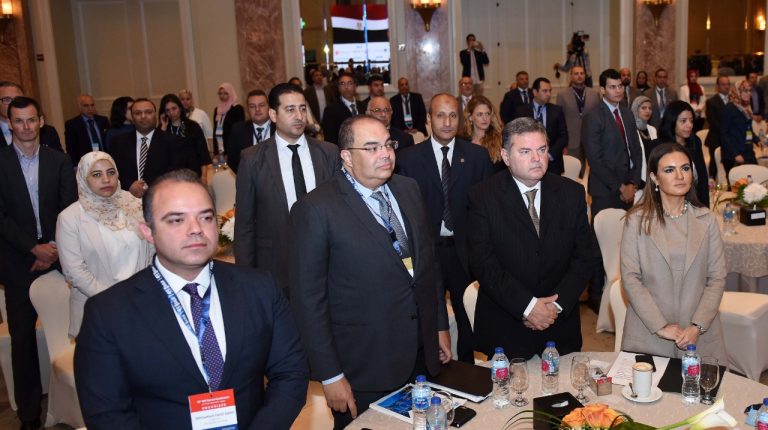 The Egyptian Exchange (EGX) is one of the channels which assists companies to receive finance, boost their growth, and offer job opportunities, said the Minister of Investment and International Cooperation, Sahar Nasr, on Tuesday. The statement came during her inaugural speech at the 10th annual conference of the Arab Federation of Exchanges (AFE), which was organised under the auspices of Prime Minister Mostafa Madbouly.

“Unemployment is a key challenge in the Arab region, I call for boosting joint work to face the challenges which hinder the development of the Arab exchanges in order to promote Arab economies,” Nasr declared.

During the event, Egypt received the secretariat of the AFE for this year. The Minister of the Public Enterprise Sector, Hisham Tawfik, and the Head of the EGX, Mohamed Farid, attended the event, as well as the World Bank Group’s Senior Vice President for the 2030 Development Agenda, Mahmoud Mohieldin.

There is a positive cooperation between the local government and the EGX in order to boost the amount of investments into the market, the minister said, affirming that the government pays great attention to the development the Egyptian capital market.

The EGX assists companies to commit to the best international practices for sustainability and governance which positions the firms on the international investment funds map, the minister remarked.

For his part, Tawfik said that his ministry will shortly offer one of its companies in the EGX, with the aim of increasing the cooperation with the private sector to develop public enterprises.

On Monday, Madbouly held a meeting for the representatives of the AFE, in the presence of Farid and Nandini Sukumar, the CEO of the World Federation of Exchanges.

The meeting aimed to highlight Egypt’s support toward the cooperative and integrative efforts among Arab stock exchanges, hence contributing to the promotion of development efforts in the Arab region.

During the meeting, the prime minister stressed the importance of strengthening the coordination and integration among the Arab stock exchanges, especially in view of the pivotal role played by stock exchanges and financial markets in global economy.