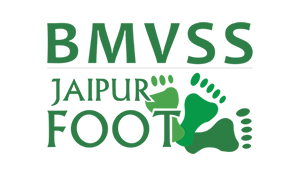 The embassy of India in Egypt is organising an artificial limb fitment camp (Jaipur Foot Camp) underthe theme of ‘India for Humanity’, in cooperation with the ministry of social solidarity.

The camp will be held at the Productive Families for Rehabilitation, Training and Community Development Organization in Assuit during the period from May-June 2019, an embassy statement said.

Bhagwan Mahaveer Viklang Sahayata Samiti (BMVSS), a renowned charitable organisation from India, will provide on-the-spot artificial limbs to over 500 amputees during the period of the camp, added the statement, affirming that the camp will further strengthen the bonds of friendship between India and Egypt, and bring the two countries together in the service of humanity.

Noteworthyy, the ‘India for Humanity’ initiative was launched by government of India in October 2018 in New Delhi as a part of the 150th birthday anniversary celebrations of Mahatma Gandhi.

The initiative is focused on Gandhi’s philosophy of compassion, care, and service to humanity, and features a year-long series of artificial limb fitment camps in several countries in which the government of India is cooperating with the BMVSS.

The BMVSS was founded in 1975 and is better known by its trademark name: Jaipur Foot.