Under the leadership of the Youth and Sports Minister Ashraf Sobhy, the ministry is planning to establish several of projects as part of its investment plan this year.

The budget allocated for sports investment in the current fiscal year (FY) amounted to EGP 1.2bn, Adel Radwan, head of the Central Administration for Sports Investments in the ministry of youth and sports, told Daily News Egypt. 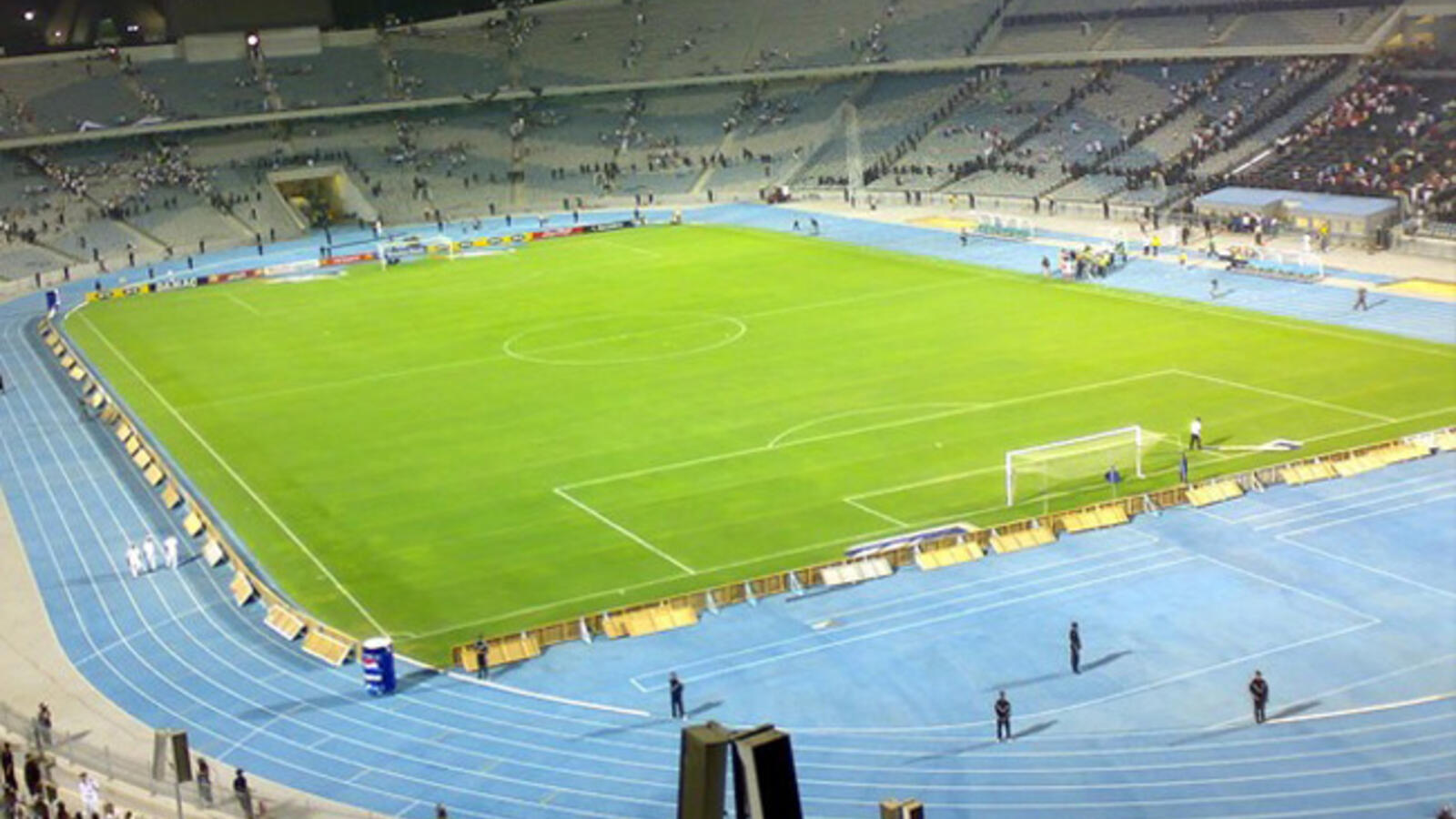 He added that the ministry was opening the way for partnership with the private sector under the usufruct system.

“There was no government guarantee in the past, which frustrated investors. But in the presence of Ashraf Sobhy as a specialist in investment and sports marketing, he created an attractive environment for investors,” he said. “Under his guidance, we started simplifying procedures and blowing up routine and complexities.”

Moreover, Radwan said, “We always try to open the door to Arab and foreign investors, through calls for communication and conferences where clarification of the new investment thinking of the ministry is explained.”

He said that the ministry addressed private clubs in order to reconcile their situation by giving them the opportunity according to the law to finish it in December 2019. Until now, 12 companies got the license, which is a very good number. Three more companies are going through the process at a cost of EGP 6m, which was obtained by the ministry.

Furthermore, he said that the file of the Ghazl El Mahalla SC for the establishment of a sports services company separate from the parent company is being studied through the legal advisor before making a decision on it.

The Director of the Finance and Investment Department in the ministry, Adel Al-Sayed, said that the department is responsible for channelling the funds approved by the ministry of planning and the National Investment Bank (NIB), and discussing its budget in the House of Representatives to spend on the infrastructure of sports facilities.

He added that the budget is determined by the ministry of planning and the NIB. The projects are presented to the minister for approval, addressing official authorities. The budget is estimated at EGP 425m as basic funds in the current FY.

He stated that, in the current year, there are 16 projects, some of which span for over one year, while others will be completed quickly, such as the open arenas project, which started in January and its first phase will conclude with the opening of 120 pitches in different governorates in March. 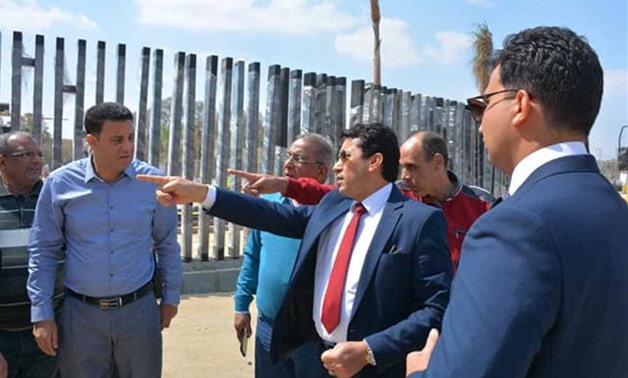 He pointed out that the ministry considers the actual needs of the governorates of in terms of sports facilities, taking into account the social dimension and the availability of facilities and their ratios between the provinces, before setting up the facilities. The investment and finance department works on the government side only, while opening the door for partnerships with the private sector in the subsequent stages, should the establishments department believe it can secure investors to build more facilities for the projects.

Al-Sayed said that they adhere to the contractual terms and the duration of projects, in some projects there are some adjustments, which sometimes lengthen the time period set for the completion of projects. Last FY, projects were 100% completed.

He pointed out that the minister of youth and sports is seriously interested in sports investment, and looks at it through several angles, whether by the government’s or the private sector’s.

Additionally, he said that the development of stadiums in preparation for hosting the Africa Cup of Nations 2019 is allocated EGP 400m in the first phase. The stadiums, and their needs for further funds, will be evaluated in the coming period.

The problem of Egypt was in documenting and declaring clubs without infrastructure, so that there would be a renaissance of sports. It was necessary to establish what these clubs needed. At the same time, the government’s needs must be implemented including public facilities, stadiums, pitches, and swimming pools, he pointed out.

Randa Gamal Eldin, director of engineering and enterprise development, said that from the day after the announcement of Egypt’s right to organise the African Cup of Nations 2019, the ministry team prepared a plan to raise the efficiency of the stadiums which will host the tournament in order to appear all proper for the big event, while taking into account the requests of the African Union and FIFA.

She said that Sadat Company has won the right to develop the stadiums due to lack of time. Hassan Allam is involved in the development of all stadiums except Cairo Stadium, which will be developed by the military production ministry and the Arab Contractors Company.

Gamal Eldin explained that the ministry of youth and sports technically delivered stadiums. A plan was developed in preparation to allocate the budget for the development of stadiums, following the determination of each stadium’s needs through the Cosmos Advisory Office in Alexandria, Port Said, Ismailia, and air defence, while the EGC is responsible for the Cairo Stadium. The budget for the development will be set next week.

Furthermore, she pointed out that there are several projects carried out by the ministry of youth and sports, such as the Sports City in the New Administrative Capital which is on an area of 92 feddan. The facilities are 85% completed at a cost of EGP 2bn, which may increase, due to new measurements that followed new requests of different unions to match international standards. It should be completed in July.

She said that in terms of preparing to host the Handball World Cup 2021, Cairo Stadium halls will need some simple furnishings. About 85% of the stadiums in the New Administrative Capital have been completed, while the October hall construction is underway, to be completed within a year at a cost of EGP 900m. The Military Works Department is working with Gama Company on the project, which includes the main stadium and the training ground, as well as the headquarters of the African Union and the Academy of Handball, which raise the cost of its construction. 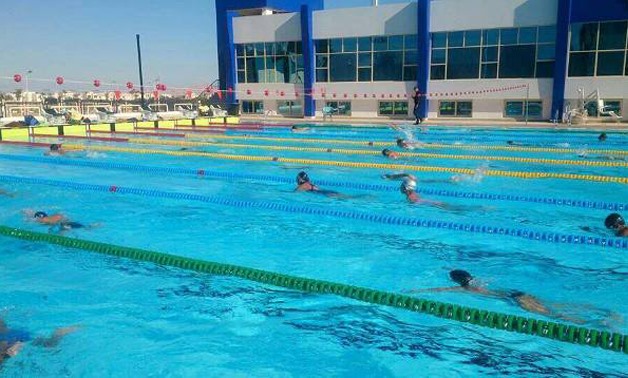 She pointed out that the ministry is currently studying the establishment of an integrated hotel of 11 floors including 480 rooms and a swimming pool in the sport city in Port Said. The approval of the ministry has been granted. A study is being prepared to establish it, in partnership with the private sector, on a usufruct scheme, while the other option is the ministry paying for the constructions in a contract with a specialised company for operations.

According to the ministry, a large Olympic swimming pool will be established at the Olympic Centre in Maadi and a training pool comes at a cost of EGP 70m, in addition to a major basketball pitch. A swimming pool was established next to it to become a large sports centre.

She added that for the sports city in the city of the Sixth of October, which will be built on 70 feddan, it is currently being adjusted from a stadium into a major integrated sports city to benefit everyone. There is also a study to establish academies in all governorates, as all families are interested in sports.

Gamal Eldin added that there is a swimming pool being built at the Sheraton Sports Development Centre, which includes an Olympic swimming pool and a children’s pool, which is 50% completed by the ministry of military production and supervised by Cairo University. The first phase has started at a cost of EGP 35m. The project is set to be completed in the summer.

She said that the ministry is considering setting up five new Olympic cities in Sharm El-Sheikh, Alexandria, Hurghada, and Luxor. The ministry is now deciding on the land of the fifth city. The aim will be to serve tourism and sport at the same time, while working to put it up to investors through a usufruct scheme.

She pointed out that there is great interest in Upper Egypt for the presence of swimming pools, as there are no breathing spaces for swimming there, rendering the ministry keen to provide these services there.

The budget allocated to the enterprises represents only approximately 10% of the project it targets to implement. The ministry aims to transit in its project, to have sport establishments contribute to the GDP, which is the plan of the minister Sobhy.