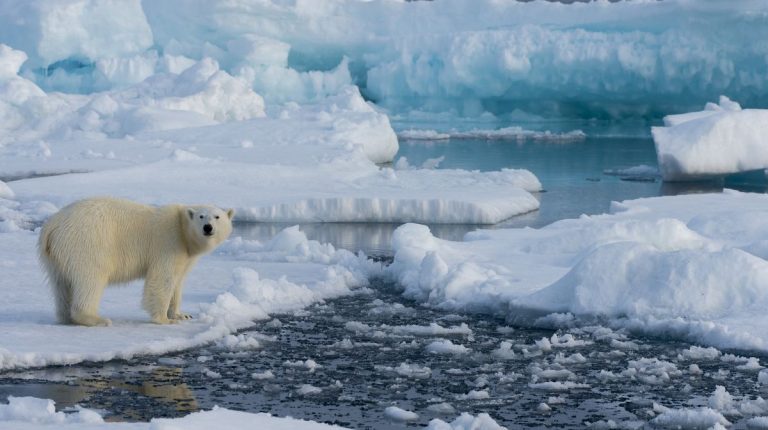 The Arctic region is warming twice as fast as the global average, manifested by a decrease in sea ice, snow and glaciers, and permafrost degradation relative to their benchmark average states for the period between 1979 and 2005.

These changes can accelerate global warming further through a variety of climatic feedbacks. Carbon from thawing permafrost released into the atmosphere results in the permafrost carbon feedback (PCF).

The PCF and SAF represent three out of the 13 main tipping elements the Earth’s climate system identified in recent surveys. The risk of triggering the tipping elements is one of the arguments for adopting the ambitious 1.5C and 2C targets in the Paris Agreement.

Therefore, a rigorous quantitative assessment of the climate tipping elements under different scenarios is required to estimate their impacts and narrow down the uncertainties. Our study does this for the tipping elements/feedbacks associated with the loss of Arctic land permafrost, snow, and sea ice. 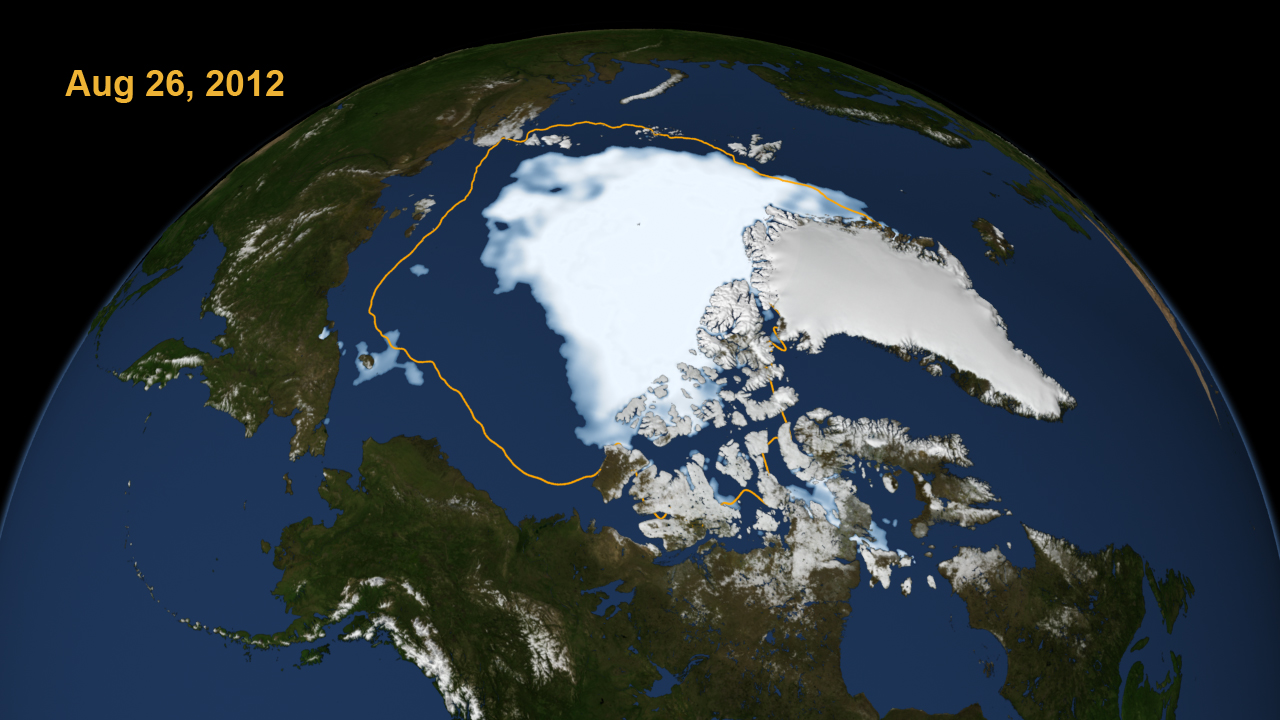 According to the Nature’s paper, carbon released into the atmosphere by the increasing loss of Arctic permafrost, combined with higher solar absorption by the Earth’s surface due to the melting of sea ice and land snow, will accelerate climate change–and have a multi-trillion dollar impact on the world economy.

Researchers explored simulations of complex, state-of-the-art, physical models to quantify the strength of the PCF, driven by the additional carbon released from thawing permafrost, and of the SAF, driven by the extra solar energy absorbed by the Earth’s surface as the white sea ice and land snow cover declines, exposing darker ocean and land.

The interdisciplinary research team hope their assessments will provide a better understanding of the socio-economic risks from climate change under different scenarios, and help guide policy-makers toward prudent decisions on emissions reduction targets.

Previous climate policy studies have tended to assume zero permafrost feedback and constant sea ice and land snow albedo feedback from the current climate, which we refer to as legacy values.  In this paper we show that both Arctic feedbacks are nonlinear (that is, they change in complex ways as climate warms), and estimate their impacts on the global climate and economy compared to their legacy values.

The permafrost feedback gets increasingly stronger in warmer climates, while the albedo feedback peaks for the warming between 1C and 2C (temperature range of the Paris Agreement targets), and then weakens as the summer and spring sea ice and land snow melt.

Future worlds in which either the 1.5C or 2C targets are met by 2100 are characterised by considerably lower costs of climate change than the futures resulting from current pledges (around 3C in 2100) and business as usual trajectory (around 4C in 2100). Arctic feedbacks further amplify this result.

Considering the nonlinear Arctic feedback, it makes the 1.5C scenario marginally more economically attractive than the 2C scenario (although both are statistically equivalent, there are nearly equal probabilities that one is cheaper than the other). High emission scenarios, such as the current business as usual trajectory (BaU)-expected to lead to around 4C of warming by 2100 and cause by far the highest impact on ecosystems and societies-are also included. Under these, the strength of the PCF reaches its peak and does not increase further, while the continued weakening of the SAF gradually cancels the warming effect of the PCF.

This is because warmer seasonal temperatures and stronger weather extremes reduce human productivity and agricultural output, and require more energy for air conditioning, while damaging infrastructure and so on. Rising temperatures and the associated growing extreme weather events are also expected to have negative impacts on ecosystems and human health.

In addition, coastal megacities and rural communities will be affected by rising sea levels. Finally, there could be highly uncertain extra impacts from social discontinuities (mass migrations, wars) and climate tipping elements other than the those associated with the Arctic.

Overall, the warmer the world gets, the bigger all these impacts are expected to be. The risk of catastrophic large-scale impacts also increases.

The team of researchers have been working on this study for over four years as part of the ICE-ARC project funded by the European Commission. Our co-authors from the United States received funding from the NSF and NASA.

Regarding the methods that the researchers used to reach to the results of the study, Yumashev noted that: “We used two state-of-the-art permafrost models (one from the US, another from the UK) and around 30 climate models (CMIP5). We analysed dozens of simulations of these models on supercomputers to develop statistical emulators of the Arctic feedbacks. These capture the nonlinear behaviour and allow us to quantify the known uncertainties.” The emulators of Arctic feedbacks were incorporated in a new integrated assessment model PAGE-ICE, which combines simple representations of the climate and economy. PAGE-ICE is the latest version of the PAGE model that was used in the Stern Review of the economics of climate change in 2007. It includes multiple updates to climate science and economics in line with the latest literature, according to the researcher.

He added “We performed hundreds of thousands statistical simulations of PAGE-ICE to generate the results and quantify the associated uncertainties.”

All costs were estimated using simulations in specially developed integrated assessment model PAGE-ICE, which includes simple statistical representations of the Arctic feedbacks derived from complex models. It has multiple updates to climate science and economics, including up-to-date uncertainty estimates.

Answering our question about how can the international community avoid the negative impacts of climate change on the economy, Yumashev explained that this could be possible by pursuing ambitious mitigation efforts to cut carbon emissions and limit the global warming to well below 2C.

There are multiple actions that need to be taken to achieve this, requiring a lot more ambitious policies by governments and behavioural changes by businesses and individuals. “A certain amount of climate impact is inevitable even if we stay below 1.5C, and these will require adaptation. However, mitigation is the priority,” he said.

Yumashev added further that the paper concludes with a discussion which outlines the areas that need further investigation. These include quantifying other tipping elements in the climate system, quantifying impacts of growing extreme weather events, reducing the uncertainty associated with long-term impacts of climate change on economic growth, and quantifying potential benefits from deep mitigation investments (green growth).

“Our team is working on multiple projects, including potential follow-up from this study. We have been developing collaboration with leading climate research centres such as the Potsdam Institute of Climate for Climate Impact Research (PIK). We hope these efforts would allow us to assess other climate tipping points in similar ways,” Yumashev said.