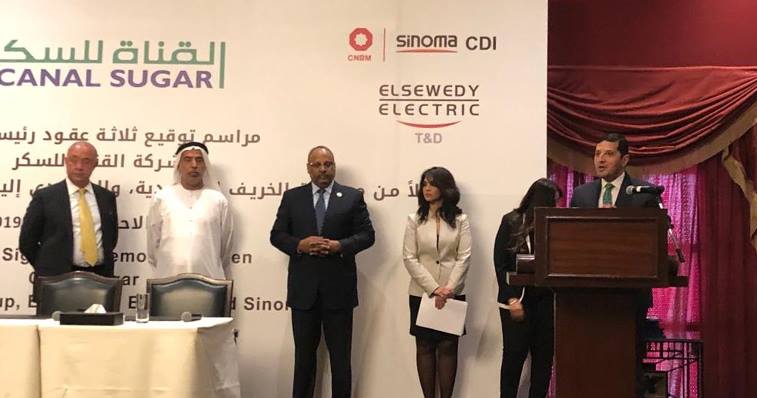 The second contract was signed with the Chinese Sinoma CDI for the construction of the sugar plant by January 2021, and the third contract with the El Sewedy Electric to link the project to the main power station in west of Mallawi, Minya, in addition to the establishment of transformer stations.

The project’s investments amount to $1bn and aims at developing the world’s largest beet sugar production facility with a capacity of 900,000 tonnes annually, as well as the reclamation of 181,000 feddan of desert land which lies in west Minya in order to grow 2m tonnes of sugar beet per year.

The company plans to complete the construction of the plant in January 2021 to conduct the operating tests, ahead of the start of production with the harvest season 2021 which begins in February, and it will complete the project’s electricity work by the end of 2019.