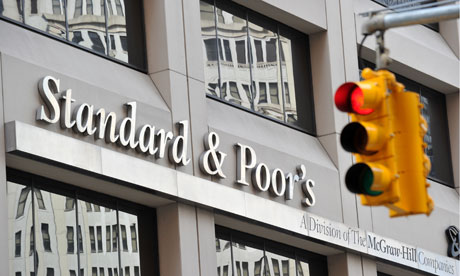 Saudi Arabia is home to the largest share of top 30 banks in the Middle East and Africa (MEA) region, with seven institutions headquartered there with $513bn worth of collective assets, followed by South Africa with five institutions holding $466bn worth of assets, Standard & Poor’s Research (S&P Research) announced on Tuesday.

According to S&P Global Market Intelligence’s latest ranking of the region’s lenders, the Qatar National Bank continued its reign as the largest bank in MEA for the fourth consecutive year, with a total of $242.29bn assets until the end of 2018. 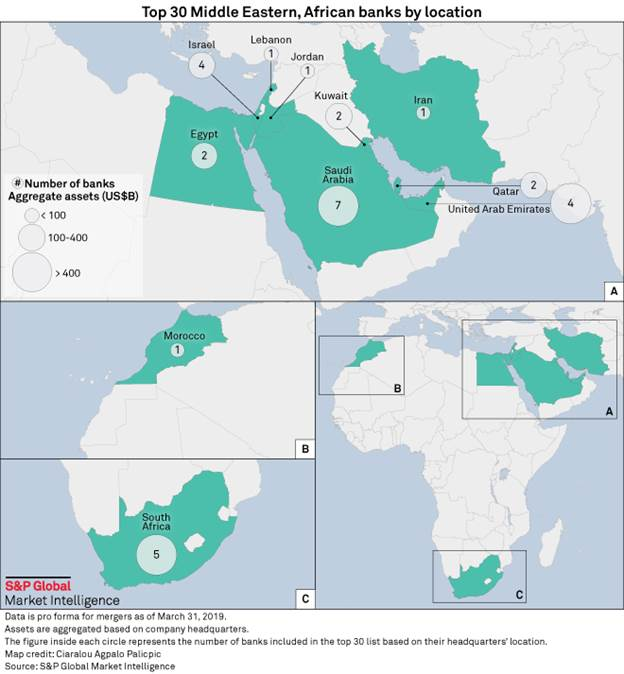 On the other hand, the UAE-based First Abu Dhabi Bank (FAB) ranked second, with $202.59bn, followed by Emirates NBD Bank, which jumped three spots to the third place compared to last year’s ranking.

Furthermore, according to the ranking, two of MEA’s top 30 banks are located in Egypt, first of which is the National Bank of Egypt (NBE) which jumped one spot to rank 13th with $86.32bn total assets. Second is Banque Misr which managed to improve its ranking by three spots to secure the 25th place with total assets of $49.44bn.

Other Gulf lenders also rode the M&A tide in the region which pushed their ranks higher in comparison to 2017. Kuwait Finance House climbed 10 spots on the back of planned tie-up with Bahrain-based Ahli United Bank, while Saudi British Bank’s deal with Alawwal Bank helped it scale seven ranks. Without these deals, the banks would have ranked 21st and 28th, respectively.

All South African lenders, except FirstRand Ltd., slipped from their previous ranks as the rand weakened almost 14% against the US dollar in 2018. For Standard Bank Group alone, the stronger dollar knocked $24.06bn off the dollar value of its assets.