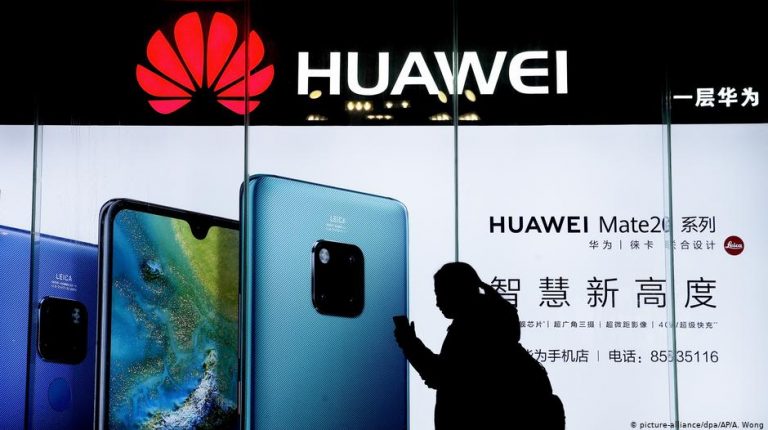 Chinese tech firms are present across the African continent. Many benefit from financing provided by the Chinese government. So do Western tech firms stand a chance in Africa?The US has been warning countries across the world that technology developed by Chinese firms like Huawei and ZTE could present a security risk. Washington says devices running on Chinese-made systems could provide a backdoor for Beijing to spy. And while the US campaign to get tech firms like Huawei banned in many countries has been hotly debated in Europe and elsewhere, African countries have by and large ignored it.

Chinese investment in Africa's tech infrastructure continues to gain momentum on the continent. "Made in China" technology now serves as the backbone of network infrastructure in several African countries, unbeknownst to millions of users.

"Many African consumers have no idea they are using or talking on Chinese built [Internet, Communications and Technology] infrastructure," says Iginio Gagliardone, a professor at the University of the Witwatersrand in South Africa.

Chinese firms like Huawei, ZTE and China Telecom are behind the core systems of new ICT infrastructure across Africa. And they are providing the next generation of technology.

Beijing responded to a need

In the last decade, African countries have largely turned to China to help them build and expand their digital infrastructure — with some countries increasingly dependent on Beijing. But that's just one reason Washington's warnings are going unheeded.

"The problem is that [the US has] not come with an alternative," says Eric Olander, the founder of The China Africa Project. "[Washington is] not saying, don't use Huawei, here's a billion dollars for you to go and buy an Alcatel or Ericsson or Cisco network."

African countries received little support from Western governments for technology infrastructure. While the donors spoke about the importance of internet access in development, they were less prepared to provide aid for digital infrastructure, according to Nairobi-based Gagliardone.

"It's not just China. In Rwanda for example, it was South Korea that really supported the rolling out of 4G internet in the country while the Western donors were saying, 'we don't think it's necessary,'" he says.

Western reluctance to support the ICT sector left an open window for China.

'Made in China' tech a concern

The average African could care less about the origin of the infrastructure networks operate on. A gigabyte of data costs an average of 8% of a monthly income in Africa, according to the Alliance for Affordable Internet. That is much higher than in the Americas and Asia. Most Africans just want internet access at lower prices.

"The concern is when very sophisticated technology is brought into environments which the government has been known to violate human rights," says Adrian Shahbaz, research director for democracy and technology at Freedom House.

Most of the smart city projects that involve Chinese financing and companies in African countries are aimed at making cities safer — with surveillance systems. No one knows whether they could be used to crackdown on government dissent.

Despite the rising levels of internet access, most African countries are "not free," according to the latest Freedom in the World survey by Freedom House. That could continue to make attracting western investors difficult. Many are less likely to do business in less transparent environments due to moral and legal ramifications they could face, experts say.

But despite the patchy presence of Western tech firms, some are slowly launching facilities in Africa. Google recently opened its first artificial intelligence lab in Africa in the Ghanaian capital while Microsoft launched its first data centers on the continent in South Africa.

"I think the door is still open, and it really depends on the ability of each player to see niches and opportunities that have never been exploited," says Iginio Gagliardone.

And while the door may still be cracked open for Western tech firms, it is wide open for their Chinese peers, as financing provided to African governments by Beijing continues to favor them.