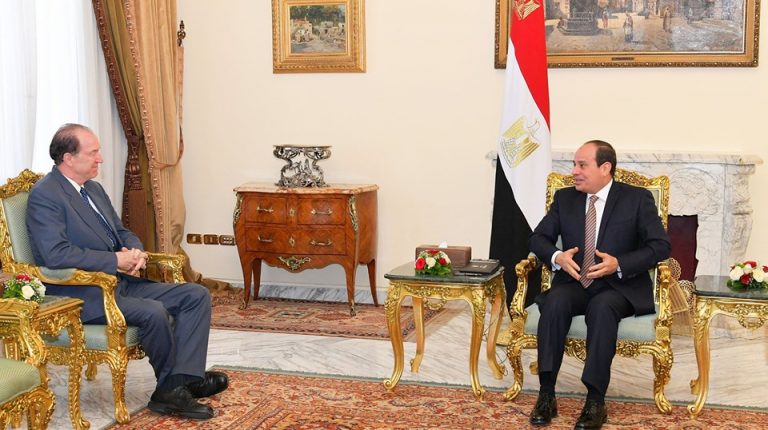 During his visit, the WBG president met with Egypt’s President Abdel Fattah Al-Sisi, Minister of Investment and International Cooperation Sahar Nasr, government officials, and parliamentarians to discuss the progress of the Egyptian reform programme and how the WBG can best contribute to this process.

“Egypt’s success is critical for the stability of the region,” said Malpass, adding, “We welcome President Sisi’s implementation of powerful reforms while recognising the need for further progress including subsidies, governance, debt transparency, and state-owned enterprises. Egypt has a tremendous opportunity to strengthen its economy by expanding the private sector – including energy, tourism and agri-business – to create more jobs and higher living standards. The WBG looks forward to participating in the next vital phase of the reform programme, including support for education, health care, social protection, and poverty reduction, so that growth benefits everyone.”

Malpass stressed the importance of continuation of cooperation programmes with Egypt, in addition to supporting development efforts in the African continent under Egypt’s rotational presidency of the African Union.

Nasr and Malpass announced on Saturday the details of a new project to support entrepreneurs and small and medium-sized enterprises with $200m, which was approved by the WBG’s board of directors recently.

The project is part of the WB support for economic reforms, aiming to provide more opportunities for young people and women in Egypt. The project will focus on increasing the volume of available funding to SMEs and enhancing their access to credit, which are a major source of growth and job creation.

This will be the first visit to Egypt for Malpass since becoming president of the WBG in April of this year.

Moreover, he will also travel to Aswan to visit the Benban photovoltaic solar park, which will be the world’s largest solar park once completed. The Aswan visit will include meetings with beneficiaries of the Takaful and Karama social safety net programme. The programme which presently reaches over 2 million of the country’s most vulnerable households, and the Benban solar park, illustrate the close collaboration between Egypt and the WBG.