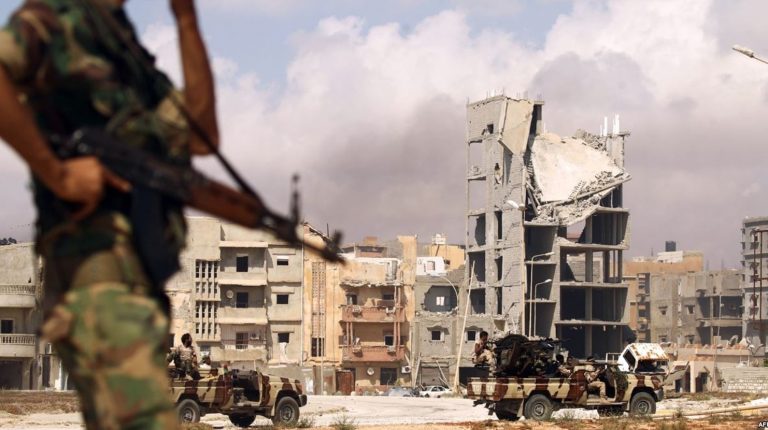 Eight soldiers were killed in an attack carried out by the Islamic State (IS) group and fighters from the Chadian opposition on Saturday against a training camp belonging to the Libyan National Army (LNA) in the southern city of Sabha.

The head of the local municipality of Sabha, Hamed Al-Khaiyali, told Reuters that one soldier had been beheaded, and seven others were slaughtered or shot in the attack.

A spokesperson of the LNA accused the IS group and Chadian fighters of conducting the attack. The LNA usually describes its opposition from tribesmen in the south of Libya as terrorists.

Like most of the Libyan south, Sabha is controlled by the LNA, but recently LNA launched a military campaign against the internationally recognised government in Tripoli, so they have moved many of its troops to the capital.

In addition to the high activity of the IS fighters in the south of Libya, LNA forces are facing opposition from the Tebu ethnic group.

About a month ago, LNA which enjoys the support of Egypt and the UAE started a military operation on Tripoli, where the internationally recognised government is based, but it has so far failed to penetrate the southern defences of the city.

The fight in Tripoli has negatively affected the UN-backed efforts to reach a peace deal between rival factions and threatens to further damage the oil industry in the country.

Violence has erupted in Libya since 2011, when a popular uprising ended with the ousting and death of former President Muammar Gaddafi. Since then, the country has rival governments and parliaments in the west and east.