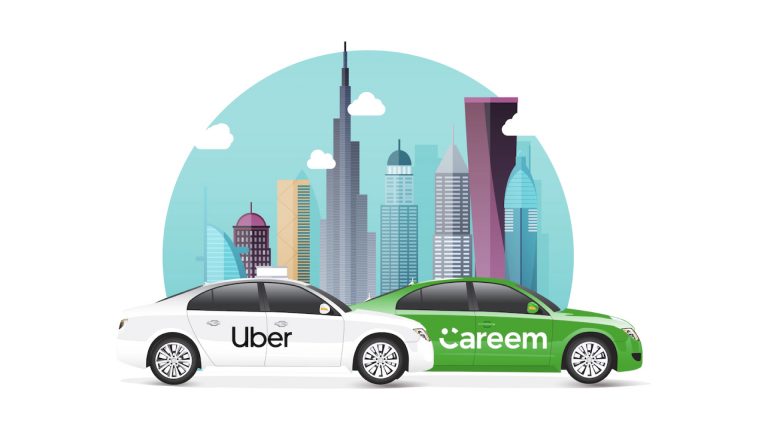 The Egyptian Competition Authority (ECA) stated on Saturday that it held hearing sessions with representatives from Uber and Careem as part of the ECA’s investigation on the impact of Uber’s acquisition of Careem on the competition in Egypt.

In March, Uber announced that it has reached an agreement to acquire Careem for $3.1bn, consisting of $1.7bn in convertible notes and $1.4bn in cash, revealing that the transaction is expected to close in the first quarter of 2020.

According to the acquisition deal, Uber is to acquire all of Careem’s mobility, delivery, and payments businesses across the Middle East region, ranging from Morocco to Pakistan, with major markets including Egypt, Jordan, Pakistan, Saudi Arabia, and the United Arab Emirates. Upon closing, Careem will become a wholly-owned subsidiary of Uber, preserving its brand.

The ECA explained that according to the law, it has the authority to take one of three decisions including: first to reject the acquisition agreement and thus it will not be taken into effect, according to Article 20 of the Competition Protection Act.

“Second is to give conditional approval to the acquisition agreement which will be renewed every two years in accordance with Article 17 of the executive regulations,” the ECA added.

Moreover, the ECA stated that the third decision that it could take in terms of the acquisition deal is to grant unconditional approval, which will be renewed every two years in accordance with Article 17 of the executive regulations.

For their part, Uber and Careem representatives expressed their keenness to comply with the provisions of the law.

In that context, the ECA assured that it appreciates the cooperation between Uber and Careem, and their keenness to comply with the provisions of the law.

The ECA revealed that the process of studying, and hearing the opinions of all the parties is continuing, as well as the technical examination by the ECA, noting that it will end either in agreement to finalise the agreement or to conditionally agree with some conditions such as to limit the problems which may result from this acquisition, or to completely reject the agreement if it turns out that there are a lot of bad consequences on the completion which cannot be remedied.

In September, the ECA issued an official notification for Uber and Careem due to their plans to sign contracts for the acquisition by Uber of Careem’s shares, stating that these contracts appear as acquisition of shares or transfer of ownership, but in fact it can be an agreement between two competing groups, which is considered a violation for the provisions of first and second paragraphs in Article 6 of the law, explaining that Uber and Careem should first notify the ECA, before signing these contracts, to obtain prior consent.

Furthermore, the ECA stated that according to the evidence that was available to the authority at that time and from the complaints that Careem provided against Uber, such practices would negatively impact the competition and the consumer.

Uber pledges to its customers to comply with ECA regulations