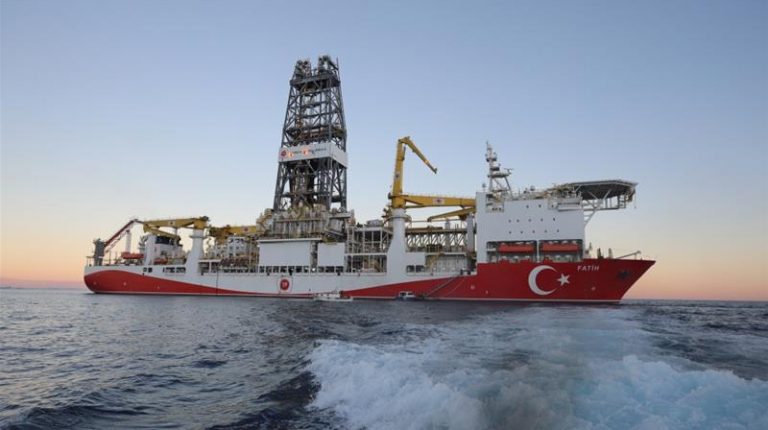 Turkish Defence Minister, Hulusi Akar, said on Sunday that his country is determined to “protect Turkish Cypriots’ rights in the Eastern Mediterranean and the Aegean Sea under international law.”

“Along with the rights in the Eastern Mediterranean and the Aegean under international law, as a guarantor country, Turkey is determined to always protect the rights of the people of Turkish Republic of Northern Cyprus (TRNC) and not to allow the fait accompli,” Akar told Turkish state run Anadolu Agency.

Akar’s remarks came a day after the Greek Foreign Ministry called on Turkey to stop drilling activities in the Eastern Mediterranean.

The Turkish minister called upon Greece to work for common sense and cooperation with Turkey, adding that the energy sources in the Aegean Sea and Eastern Mediterranean should serve as a bridge for peace, dialogue, and mutual development.

On Saturday, Egypt warned against Turkey’s intentions to begin drilling activities in a maritime area west of Cyprus island. In a statement, the ministry said that Egypt is following the development, warning against the effects of any unilateral actions on security and stability in the Eastern Mediterranean region.

Turkey sent out a message on NAVTEX, the international maritime navigational telex system, on Friday, announcing that its vessels would start drilling operations in the Mediterranean until September.

On Sunday, Cyprus called on the Turkish drillship “Fatih” and supporting vessels to “immediately cease illegal actions in the country’s exclusive economic zone and warned with a message through Radio Cyprus that individuals and companies supporting illegal actions would face all consequences, including an international arrest warrant,” according to Cypriot media.

“You are conducting illegal operations in the exclusive economic zone and the continental shelf of the Republic of Cyprus. Your actions are violating the international law and maritime safety procedures and you are committing serious criminal offences under the laws of the republic of Cyprus,” said the message.

Moreover, European Union (EU) High Representative of the Union for Foreign Affairs and Security Policy, Federica Mogherini, urged Turkey to reconsider plans to start exploratory drilling for oil and gas off Cyprus, already condemned as illegal by the EU.

Turkish Foreign Ministry rejected the remarks made by Mogherini regarding Turkey’s hydrocarbon exploration activities in the Eastern Mediterranean.

“Turkey’s hydrocarbon related activities in the Eastern Mediterranean region are based on its legitimate rights stemming from international law. As we previously stressed on many occasions, having the longest coastline in the region, we will protect our own rights and interests within our continental shelf, as well as those of the Turkish Cypriots around the Cyprus island,” the ministry said.

In February 2018, five Turkish warships blocked a rig belonging to the Italian energy firm ENI from processing its operations for searching for gas in the area of eastern the Mediterranean in the regional waters of Cyprus.

In October 2018, the Turkish drillship Fatih started its first drilling campaign in the Eastern Mediterranean, in a move which is likely to increase tensions between Turkey which is ruling the northern part of Cyprus, and Greece, and Cyprus over offshore oil and gas rights.

Cyprus has been divided into two countries since 1974, forming the Turkish Cyprus on the northern third of the island, and the Greek Cyprus in the southern two thirds. While the Greek Republic of Cyprus is internationally recognised and an EU member, the Turkish Republic of Northern Cyprus is recognised only by Ankara.

Turkey affirmed that the northern part of the divided island, which is closely linked to Ankara, shares in the proceeds of gas reserves found under Cypriot waters, and Turkey has plans to invest in the zone soon.

US sets Turkey deadline to give up Russian missile deal