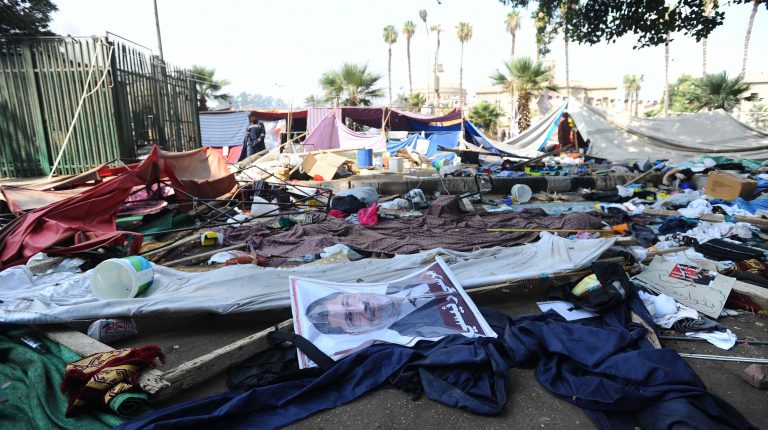 The Giza Criminal Court, headed by Judge Sameh Soliman Dawood, issued on Sunday its verdict in the retrial of 66 defendants in the case widely known by “Al-Nadha sit-in dispersal” whose circumstances went back to August 2013.

The court also ordered all defendants to be fined more than EGP 35m over the damage of some installations within the sit-in perimeter such as the Giza Zoo, the Faculty of Engineering at Cairo University, and the Orman Park.

Earlier in March this year, Egypt’s Court of Cassation rejected the appeals of the 66 prisoners and upheld the prison sentence against them over charges including committing violent acts during the Al-Nada sit-in.

In January 2018, the Giza Court sentenced 268 prisoners to prison terms. Life sentences were handed to 23 defendants, and 223 others received 15 years in jail. It also acquitted 109 people.

Al-Nahda sit-in dispersal case included about 379 defendants. All face charges of intended murder, attempts of murder, vandalism, and joining an outlawed group, as well as other charges.

Al-Nahda sit-in was dispersed by security forces in August 2013. The sit-in was held to protest the ouster of the Islamist President Mohamed Morsi from the Muslim Brotherhood.