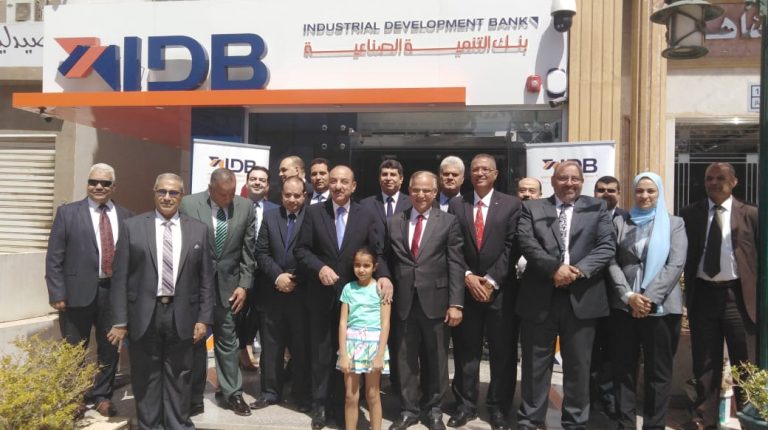 The Industrial Development Bank (IDB) has allocated EGP 500m to develop the bank’s technological infrastructure according to Maged Fahmy, the chairperson of the bank.

He explained that EGP 220m were already spent on implementing 64 development projects.

Fahmy opened on Sunday the bank’s new branch in Hegaz street in Heliopolis in the presence of Hamdy Azzam, the vice chairperson of the bank, in addition to several bank leaders.

According to Fahmy, the bank aims to increase the number of its branches to 50 by 2023 compared to the current 18.

He explained that the bank aims to open two new branches by the end of May among nine branches planned to be opened by the end of this year, taking their total number to 27.

According to Azzam, the bank will be opening e-branches after updating its infrastructure, as two branches will be opened soon. The bank will also be launching products for the youth, and these products are currently under study.

He added that the IDB aims to also launch several e-services in the second half of 2019, including internet banking.

Regarding the main headquarters of the bank in the Fifth Settlement which is currently being prepared, Fahmy said that the administration will be selling this headquarter and use the revenues to close the file of loss of the current phase, as well as support the bank’s financial position, especially with the IDB’s desire to be present in the New Administrative Capital.

Moreover, Fahmy stressed that the bank is highly interested in the sector of industry as it was mainly established for this goal, noting that the industry sector accounts for 50% of the total loan portfolio of major and small projects in the bank.

Additionally, he said that the bank aims to take that percentage to 70% or 80% over the upcoming period given the importance of the sector.