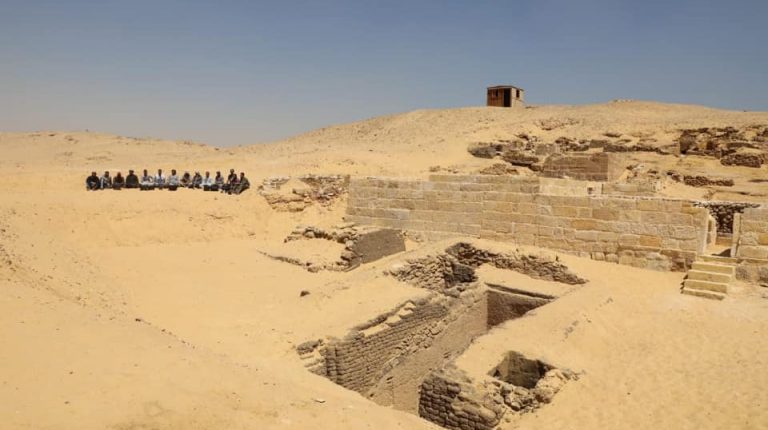 The Minister of Antiquities Khaled El Anany announced on Saturday the discovery of an Old Kingdom cemetery belonging to two pyramid builders.

The discovery was revealed at the Giza Plateau with the attendance of Zahi Hawas, former minister of Antiquities. 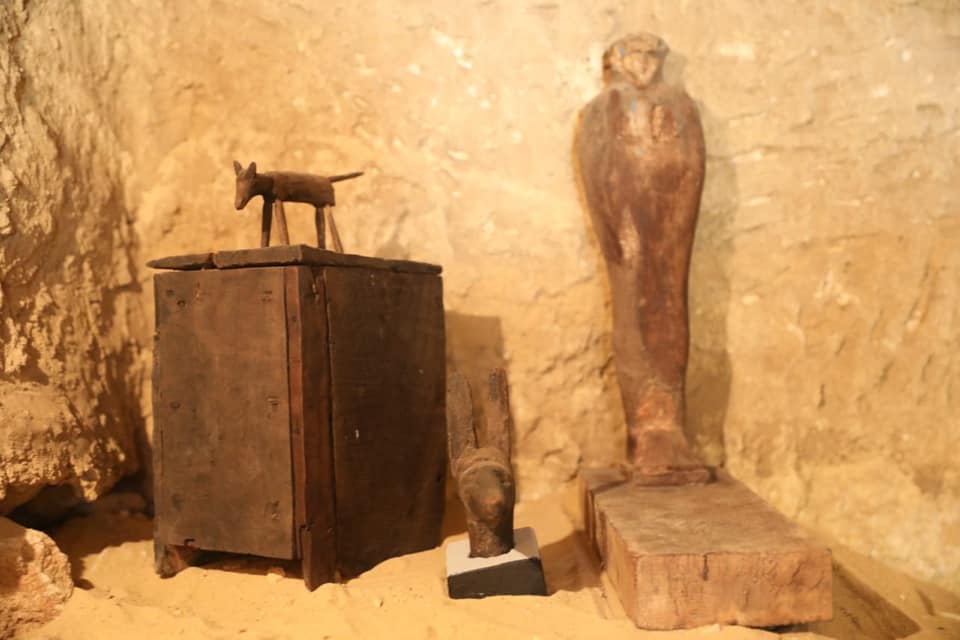 The cemetery belongs to two builders: one named Behnui-Ka, whose name, according to a press release published by the ministry, was not previously found in the Giza plateau, and the second person is called Nwi.

Hawas proclaimed his happiness of witnessing such an event which he believes to be “the most important discovery made.”

“The discovery of the pyramids’ builders cemetery reveals to the whole world that the pyramids were not built by slaves but its builders had built their tombs beside their Kings,” Hawas stated.

The cemetery is located at the south-eastern side of the Giza Plateau.

Inscriptions on the cemetery walls name that first owner Behnui-Ka, with seven titles, “including the priest, the judge, the purifier of kings: Khafre, Userkaf, and Niuserre; the priest of goddess Maat, and the elder juridical in the court.”

Meanwhile the other tomb of Nwi had five titles among which is the chief of the great state; the overseer of the new settlements, and the purifier of King Khafre.

The discovery saw the light by an Egyptian mission headed by Mostafa Waziri, secretary-general of the Supreme Council of Antiquities. 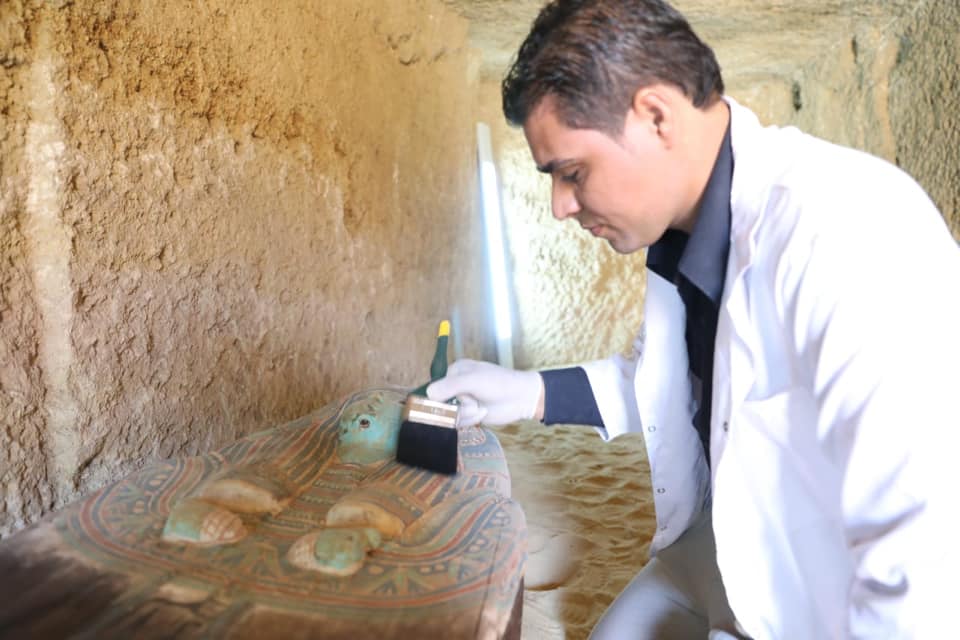 For his side, Waziri explains that “the team uncovered several Old Kingdom tombs and burial shafts but the oldest one to be discovered is a limestone family tomb from the fifth dynasty which retains some of its inscriptions and scenes.”

El-Anany stated that this discovery is of high importance because it displays to the world Egypt’s soft power which is as important as their “scientific and archaeological value.”

A number of relics were found inside the tomb, including a “limestone statue of the tomb’s owner, his wife and son, as well as many wooden and clay funerary coloured masks.”

Director General of the Giza Plateau, Ashraf Mohi, said in the press release that that the cemetery was reused extensively during the Late Period. Many Late Period wooden painted and decorated anthropoid coffins were discovered on site. Some of them have a vertical line of Hieroglyphics inscriptions on them.