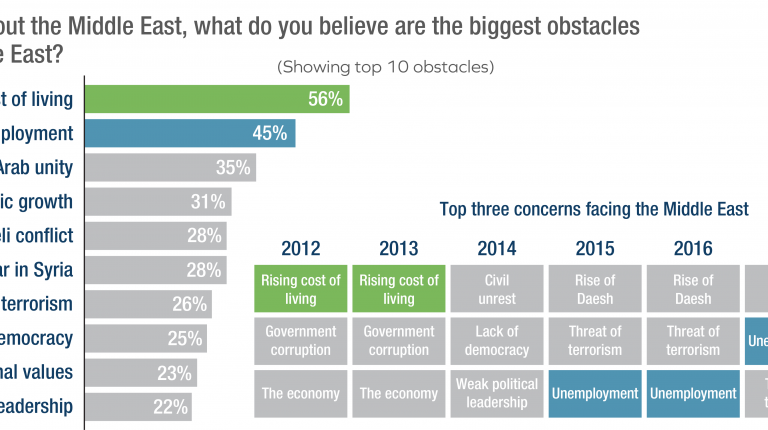 The rising cost of living, unemployment rates, and the threat of terrorism are the top three concerns facing the youth in the Middle East, according to the 2019 Arab Youth Survey.

The survey explained that 56% of young Arabs survey respondents believe that the big obstacle is rising cost of living, while 45% think that the major obstacle is unemployment, with 26% of youth believing that the threat of terrorism is the biggest concern facing youth in the Middle East.

Out of the top five findings, the survey found out that young Arabs say religion plays too big of a role in the Middle East and religious institutions need to be reformed.

“As the region faces economic concerns, Arab youth feel entitled to government support,” according to the results of 2019 Arab Youth survey.

In the context of education, according to the findings of the survey, three in four young Arabs are

and the United States as the two nations most increasing their influence in the Arab world.

“Arab Youth say it is time to put an end to regional conflicts,” the survey revealed the opinion of Arab youth concerning the conflicts.