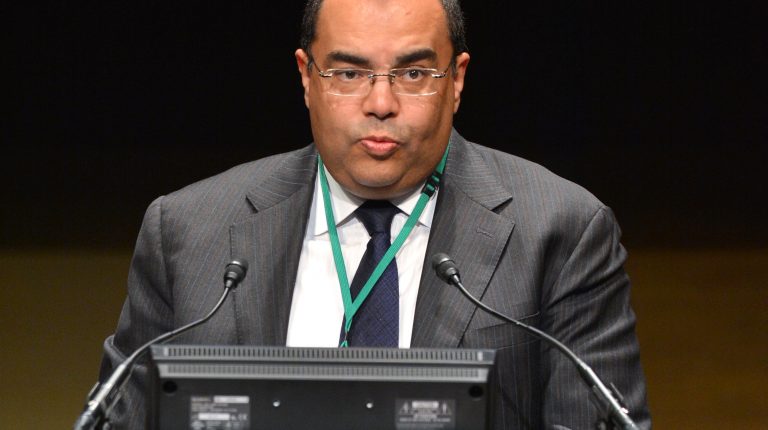 There is nothing that would prevent cooperation between the World Bank and the Central Bank of Egypt (CBE) to issue Egypt’s fintech sandbox within the framework of the bank’s role to support and develop capital markets, Mahmoud Mohieldin, the World Bank Group’s senior vice president for the 2030 Development Agenda, United Nations Relations, and Partnerships, told Daily News Egypt.

However, he said the World Bank’s cooperation is conditional and depends on the presence of three factors. First is the ability of that funding tool to meet the local and international regulatory standards and rules. Second is the application of these standards and rules to maintain financial solvency and the ability to commit to paying dues. Third is their ability to continue financial development.

Mohieldin added that this tool allows people with ideas and emerging projects to launch their products according to conditions and regulations that are less stringent, especially with banks’ reservation to offer funding to innovative products.

He added that for the third time in a row within 18 months, the World Bank reduces its forecast for the growth of the global economy, the last of which was in April. The forecast was lowered by 0.3% to 3.3% in 2019.

Mohieldin attributed the drop in forecast to three main reasons. First is the impact of the measures adopted following the financial crisis of the developed countries and the uncertainty associated with trade disputes. Second is the lack of clarity regarding the monetary policies of central banks. Third is the political unrest and conflicts that have erupted in a number of countries, leaving a negative impact on growth rates.

He suggested that such countries should adopt policies that drive economies in different sectors through investing in human capital, education, health care, technology, and digital transformation. He pointed out that there is a need for directing more investments towards technology localisation and infrastructure development to encourage the private sector to enter these fields, especially that most of the required investments can be made through the local, regional, or foreign private sector.

As for the Egyptian economy, Mohieldin advised that it is necessary to diversify the sources of finance as the yield levels among most of the financing instruments, such as bonds, became close and are no longer tied only to their yield, but to the characteristics of bonds and the investors’ objectives. Currently, there are around 12 types of bonds globally, including green bonds, blue bonds, and gender bonds.

Mohieldin added that it is necessary to connect bonds and their new innovative types to the local economy and the different sectors of the development of a particular region or important economic sector within the state, such as education, health, environment, and infrastructure, as the issuance process is not the only attractive factor to investors, but it has also become important that these issuances are promising given their history in other countries, which reduces their risks.

Mohieldin also advised that the Arab stock exchanges should adopt the influential investment approach with its nine new standards, which make these exchanges part of the international dialogue that saw the participation of 58 large international institutions with assets worth $350bn as a start, launched two weeks ago.

Regarding the development of Egypt’s ability to attract foreign direct investment (FDI), Mohieldin said that FDI has dropped globally to $1.4tn, however the share of countries has not been affected and they are still able to attract investments.

Mohieldin said that there are three important elements to promote FDI, the most important of which currently is the digital transformation process at the level of many important economic sectors, which requires huge investments. The second element is continuous education and health. The third is linked to demographic distribution in some cities which are more populated than some medium-sized countries, attracting large investments to establish infrastructure, airports, universities, schools, and clubs in these regions, in addition to creating large economies that push growth rates forward.

“There are huge funds in many governorates in Egypt, but they are not utilised for funding development or direct investments. They are only used in real estate and gold speculations, and simple trading operations,” Mohieldin said.

He added that municipalities and governorates in Egypt depend on financial allocations in the state’s general budget, in addition to some of the fees obtained from the utilisation of some real estate, however, there are about 27 sources of funding for municipalities globally, and they still get priority in the proceeds of real estate taxes.

“In Johannesburg, South Africa, blue bonds have been issued to build the city itself,” he said. “When municipalities in Egypt reach this level, they will be able to attract investors,” he added.

Mohieldin believes that municipalities in Egypt can reach that level when they have a clear detailed budgets for several years that show their revenues and expenses. He pointed out that issuing legislations to control bonds issuance or other funding tools is not enough, but the municipalities must have clear budgets.

Another way to reach that level according to Mohieldin is for municipalities to resort to the ministry of finance to obtain a guarantee for these bonds, which is an undesirable method.

As for the financing needed to establish infrastructure projects, Mohieldin sees it’s necessary to consider the state’s resources, such as the advantage of owning lands and issuing licenses, all of which is sufficient to build a strong financial model through participation with the private sector.

He added that Egypt has missed many opportunities due to the long discussions on centralisation and decentralisation, and with time, it was discovered that the centre must be strong, and the rest of the countries must be given sufficient flexibility. Discussions now are about the need to localise investments and technology to make districts and governorates compete among themselves to attract investment.

Regarding concerns over public debt in Egypt, Mohieldin said the government really works on controlling the budget deficit, which is the main reason of borrowing. He insisted the need to increase domestic investment to fill the funding gap in the country.

Mohieldein believes that in order to double the national income for a certain number of years, the growth rate should be between 7-8%, which would require saving according to the usual growth models of 27%, as each point of growth needs four points in terms of investment, therefore, the smaller the domestic savings, the less the country would resort to bridging the gap of foreign savings, whether in the form of debts or foreign direct and indirect investments. Mohieldin stressed that it is important to increase the reliance on local savings for investment and driving growth.

Mohieldin pointed out that there is a very strong market in the Arab countries to attract investments, especially that about 10% of the population get 60% of income, referring to the need to improve the distribution of income to increase the size of financial markets.

On the other hand, Mohieldin praised the improvement in international reports on Egypt, which is due to the relative improvement in economic growth rates following the procedures of the economic reform process and the seriousness in its implementation, adding that these reports also look to the future and take into account certain economic, political, and social aspects. These credit ratings with their forecasts, whether positive or negative, should be placed within an applicable framework. Mohieldin added that these credit ratings are concerned with the ability of the state to pay and meet the required dues, therefore it cannot be taken into consideration as indicators of other matters. He condemned what happens often through the excessive use of those reports and relying on them in many aspects. He added that these reports are created for a certain type of investors who collect their dues after a specific period in international bonds.