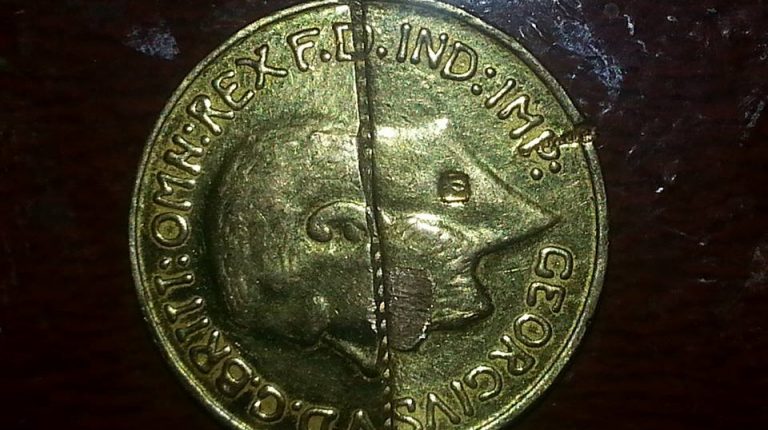 Purchasing gold bullion coins is one of the traditional and common tools of savings as they preserve the value of money at the time of inflation. George V Sovereign coin is the most famous bullion coin in the world and the Arab region. However, what is traded now in the market is different than the original one in shape, weight, and karat.

Gold bullion coins gained a bad reputation in the Egyptian market during the recent period because some workshops produced fake coins because of its low handy charges fees.

The Sovereign (English Pound) is a coin minted from 22ct gold and contains 7.32 grams of pure gold. It was first produced in 1817 and was available in large numbers until the First World War. Afterwards, the coins have been reissued on a regular basis, with varying designs. This coin has the nominal value of 1 pound Sterling, but is traded as a collector coin with a numismatic value.

Some traders tend to manipulate the karat of coins to make profits, decreasing its weight by 10 or 25 milligram.

Amir Rizk, a gold trader, said that the gold bullion coin is a common savings tool among citizens.

The English pound currently traded in the Egyptian market is minted from 21ct and weighs 8 grams.

He pointed out that the manufacturing of the gold bullion coin is more expensive than the manufacture of golden alloy, ranging between EGP 50-100.

Ahmed Habib, a goldsmith, said he examined some of the gold bullion coins traded in the local market, and found that there is a manipulation in its karat. He added that consumers stopped to buy gold coins because of this manipulation.

Sanaa Mohamed, a gold shop owner, said the handy charges fee is under EGP 3 per gram, while the consumer pays extra EGP 50 or 120 as “gratuity”.

Hani Saad Bshari, a gold trader, said that the decline of handy charges fees of bullion coins led to high demand by consumers, especially after the flotation of the pound.

He pointed out that 90% of gold bullion coins traded in Egypt are not incompatible with specifications.

Mohamed Ashraf, a gold merchant in Sharqia, said he was offered a gold bullion coin from a customer and after examining it, he found it was stuffed with silver and coated with a thin layer of gold.