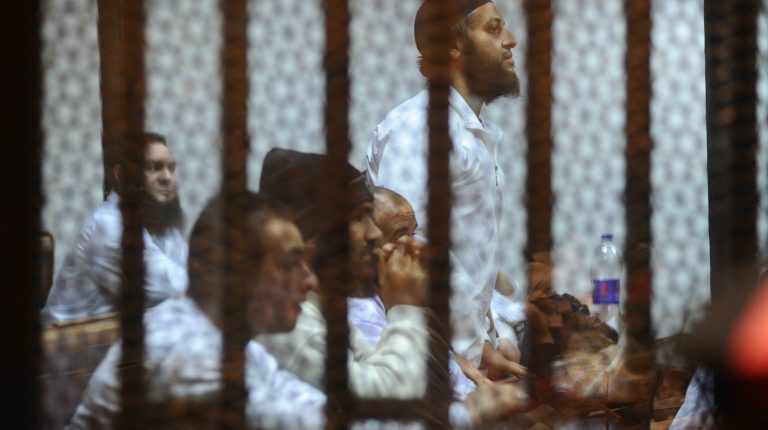 The Court of Cassation upheld on Tuesday the death sentence against 13 defendants and life sentences against 17 defendants accused in the “Ajnad Misr” case.

This came during a court session to view the appeal of defendants, but it was rejected.

The aforementioned sentences were handed to defendants by the Criminal Court in December 2017.

The case includes a total of 44 defendants, who are accused of establishing a terrorist group and of targeting and killing a number of security forces.

Late Prosecutor-General Hisham Barakat referred the defendants to the Giza Criminal Court based on evidence of targeting security personnel in different areas nationwide.

They are charged of conducting at least 20 bomb attacks in Egypt. In April 2015, the Giza Criminal Court imposed a media gag on the case. Defendants are accused of killing security personnel, as well as undertaking acts of vandalism and possession of weapons. Some of the defendants are accused of attacking the Egyptian Coptic Christian community.

Ajnad Misr was reportedly formed in 2014, but their activities have been limited. The group claimed responsibility for a number of significant attacks, the most recent of which is the Roxy Square explosion on 16 July 2015 in Cairo’s Heliopolis district, which left one police officer injured.