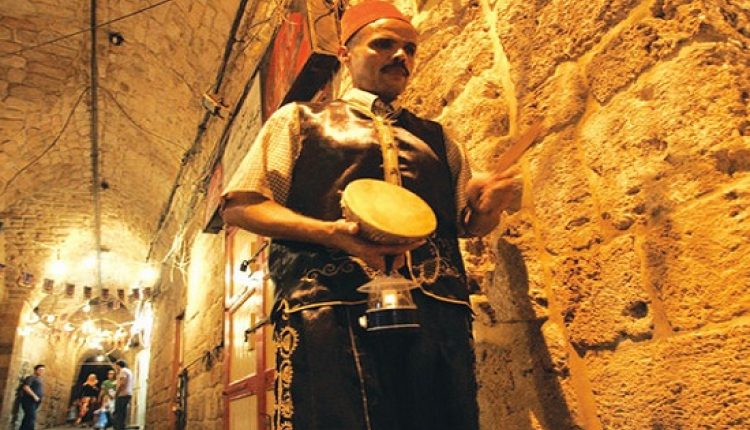 One of the most important personalities associated with the coming of the holy month of Ramadan is the character of the Mesaharaty, as we call it here in Egypt or the Mosaher and Abu Tabla as it is called in other Islamic and Arab countries. 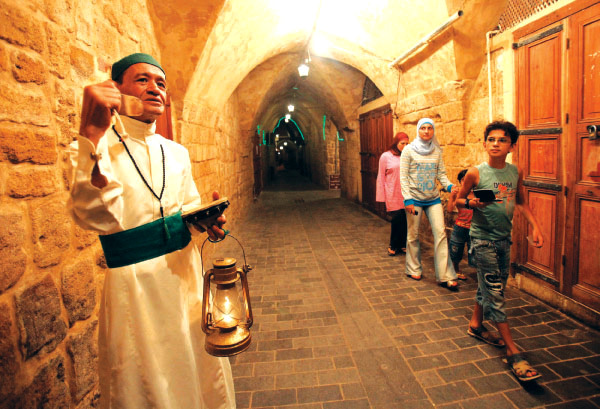 The Mesaharaty is the person who awakens the Muslim sleepers on the night of Ramadan to eat the suhoor meal (last meal before fasting). The Mesaharaty usually carries a drum or a flute that he plays to wake people up before the dawn prayer and usually the call is accompanied by some religious phrases and adverbs. As time progressed and society developed technology and mobile phones, the profession became extinct and a mere folkloric tradition, having been strongly known in many Arab countries such as Egypt, Tunisia, Sudan, Libya, Syria, and the Gulf states. The origin of the story of the Mesaharaty extends to the era of the Prophet.

Bilal ibn Rabah was the first Mesaharaty in Islamic history to walk the streets and roads to awaken people.

The first to awaken people was Anabsa or Antaba bin Ishaq, in 228 AH, where he used to walk from Fustat to the Mosque of Amr ibn al-Aas and awaken people in that area, with calls such as “O slaves of God, have Suhoor, for in Suhoor is a blessing.”

In the Abbasid period, the Mesaharaty sang verses of poetry called “Al Quma” throughout the nights of Ramadan. As for the beginning of the drum, it was in Egypt. The Mesaharaty roamed the streets of Cairo carrying a small drum and tapping a piece of leather or wood accompanied by a small child holding a lantern in his hand to illuminate the road, repeating the words “O fasting person, proclaim the oneness of the Everlasting [God]!” Then he would say, “May god blesses your nights [name].” 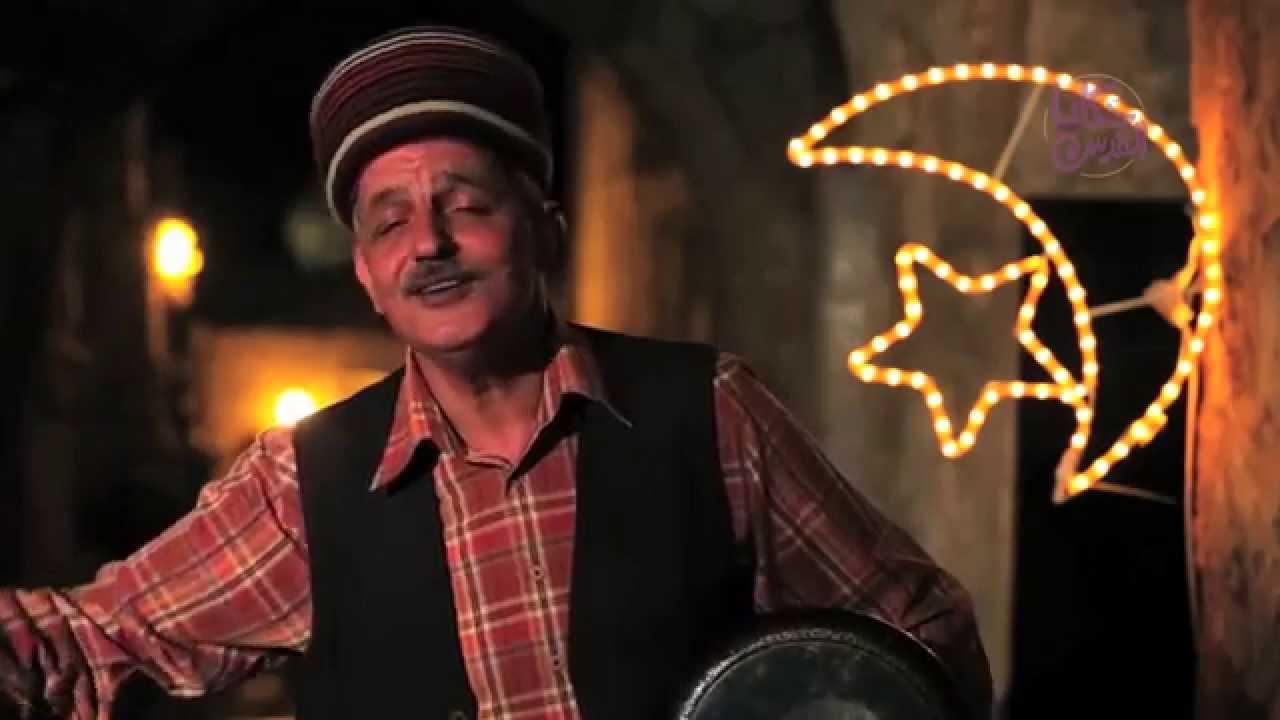 People in Arab countries, such as Yemen and Morocco, were knocking doors and people of the Sham walked around houses playing and singing Ramadan anthems.

In the Fatimid era, the profession began with the days of Al-Hakim bin-Amr Allah who ordered people to sleep early after Taraweeh prayers. The ruler’s soldiers passed by houses, knocking on doors to wake sleepers for Suhoor meals.

In the Mamluk era, this custom was almost completely extinct if it was not for Al-Zaher Baybars, who decided to continue it and appointed young clerks for the profession.

In the era of the Mamluks, Ibn Nukta, the Sheikh of the Mesaharaty sect, was the inventor of the art of Quma, which is a type of laud.

In the era of the Tulanian state, women entered the field. She would sit behind the Mashrabiya (wooden interlaced window) and sang with a loud voice to awaken people of the neighbourhood for Suhoor.

As for the wages of the Mesaharaty, it has changed over the ages. The old Mesaharaty used to take part of the Kherag and some crops and grains. 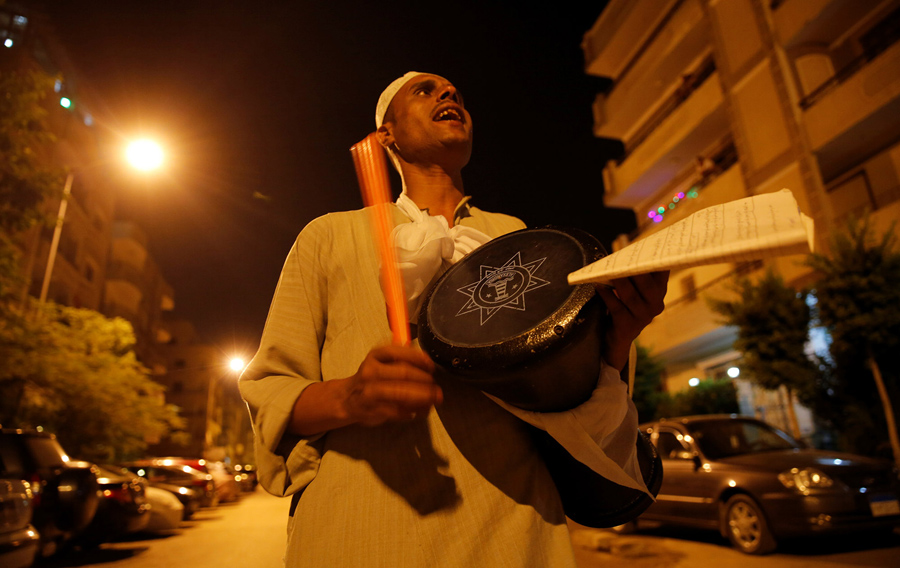 The reward is associated with the class to which he was a member of. The wage was often taken in grains, about a cup of grain such as corn or wheat, plus whatever Muslims would give out.

Sometimes he did not get paid, and he waited until the first days of Eid and went home with his usual drum. People gave him money, gifts, and sweets.

In some parts of Egypt, the traditional image of the Mesaharaty is no longer the same. Youth and children would wear jeans and T-shirts beating a drum to awaken people in a bid to collect some extra money.

In some Arab countries, the work of the Mesaharaty has developed, and some of Sufi traditions entered into the profession. The Mesaharaty transformed from a mere person accompanied by a child to carry the lantern into a band of several people carrying tambourines and playing tunes chanting with each band.

Now, things have changed. With the development of communication and technology, the profession has come to an end. People do not sleep during Ramadan nights. If they do, the alarm clock and the mobile phone play the role of awakening them for Suhoor.

However, the Mesaharaty is still wandering around from time to time in Egypt and its streets, not only to wake the sleepers but to express joy for the coming of the month of Ramadan, celebrating one of the holy month’s manifestations and practicing its ancient rituals.

And we know about this profession in a number of Arab and Islamic countries. In the Maghreb, he is referred to as Nafar.

As for Yemen, the Mesaharaty begins to roam the alleys and the streets, repeating: “O fasting person, proclaim the oneness of the Everlasting [God]!” He knocks his drum with the usual rings two hours before the suhur. The children gather around him and chant the Ramadan songs as they walk with him in the neighbourhood, or as the people call them (the edge).

Mesaharaty is the “drummer” in Lebanese popular culture. Despite the change in lifestyle, he is still trying. Many residents of Beirut’s popular neighbourhoods and other cities still know the Mesaharaty who passes by wearing a mantle or white robes. Often, every region or neighbourhood has its own Mesaharaty, who would have inherited the profession from his ancestors.  In the past, the Lebanese Mesaharaty wore Beiruti robes and a red hat.

In the past few years, a new phenomenon has emerged in Lebanon to invite people to Suhoor. A car with loudspeakers on its roof would drive through the neighbourhoods and play Islamic anthems, stopping in some parts then continuing.

In Syria, according to their old customs, the Mesaharaty passes through with a large dish. People donate some of their Suhoor to the Mesaharaty.

Muslims in Malaysia are still keen on the Mesaharaty in many villages and cities at the beginning of Ramadan, right through to the end. He roams neighbourhoods and houses to alert people to wake up to eat the Suhoor meal.