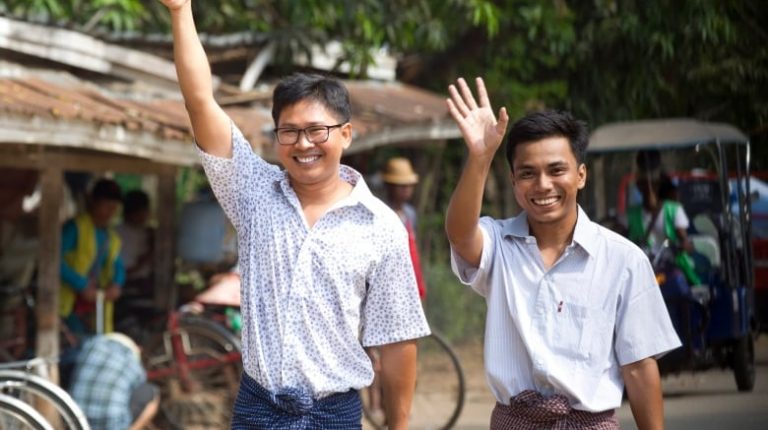 Two Reuters journalists, who were jailed in Myanmar as they were reporting on the country’s crackdown on Rohingya Muslims, were freed on Tuesday after spending 500 days behind bars, according to the international news agency.

Wa Lone and Kyaw Soe Oo were apprehended on December 2017 over breaking the Official Secrets Act and sentenced to seven years in prison. The pair were freed after being granted a presidential pardon as well as thousands of detainees.

They were accused of “possessing secret information that harms the country’s national security.” However, Reuters confirmed that both did not comment any crime and kept demanding their release.

Both reporters received the prestigious Pulitzer Prize award for International Reporting in 2019, as they were still in prison.

They were carrying on investigative reporting into the murder of 10 Rohingya Muslim men by security forces in northern Rakhine during an army crackdown against the Muslim minority which began in August 2017, Reuters said.

Earlier in April, the United Nations condemned Myanmar’s military attacks against its civilians, attacks which the international entity said: “constitute war crimes.” More than 20,000 civilians are estimated to have been displaced in Rakhine state according to the UN.