Toyota Egypt announced the official pre-launch bookings for hybrid cars in Egypt, to be delivered in four months, where the company operates the special orders system based on the customers’ needs. 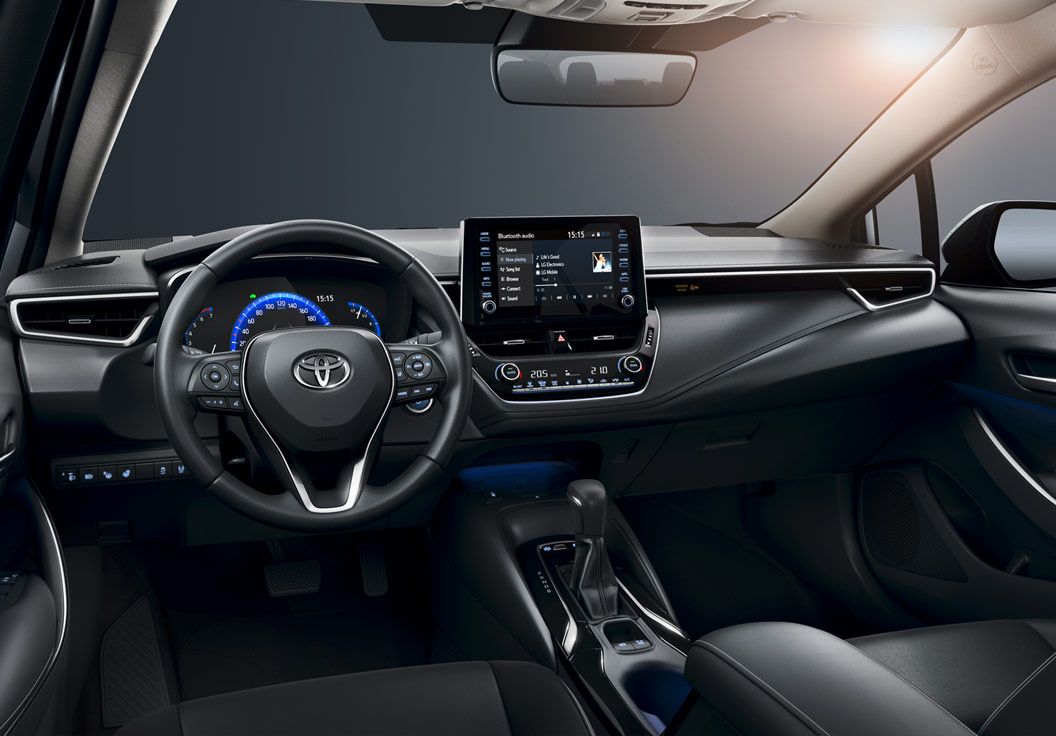 Daily News Egypt learned that Corolla Hybrid was the first hybrid vehicle from Toyota in Egypt introduced at the end of last year, relying on an internal combustion engine of four cylinders 1.8L with two electric engines fed through a 90 KW battery to boost total capacity to 121 HP at 5,200 RPM and a torque of 104 NM at 3,600 RPM linked to a CVT transmission system.

The Corolla Hybrid has the same exterior and interior design for the basic Corolla interior combustion engine with the same safety and luxury features, such as ABS, EBD, and VSC brakes, as well as the standard 4.2-inch information screen. The model is priced at EGP 700,000.

Toyota’s hybrid fleet is not limited to Corolla, but also features six more models, including the Camry Hybrid, Avalon Hybrid, RAV4 Hybrid, Highlander Hybrid, Mirai, and Prius. Although the Camry and Prius hybrids are the world’s highest sales, Corolla is the best choice for the Egyptian market, despite its novelty, as it earned the confidence of the Egyptians over the years.

Toyota has announced at the beginning of 2017 that its sales of hybrid vehicle sales reached 10m cars in 90 countries, which contributed to decreasing carbon emissions by 77m tonnes. The company aims to reach 15m car sales by 2020. The second choice for Toyota Egypt will certainly be Prius Hybrid, which is the world’s first hybrid production vehicle since the launch of its first generation in 1997. The company relies on the model that expresses its hybrid fleet when it decided a few years ago to introduce other hybrid cars into its existing models such as Camry and Corolla, along with the addition of totally hybrid models like Mirai.

Over the past two decades, Prius has achieved sales of up to 4m units since its inception until the beginning of 2017.

The company recently introduced the fourth generation of Prius around the world featuring updates that raised the admiration of many after introducing a category of AWD-e. The system provides an additional electric motor for the rear wheel control. This additional electric motor is connected to a new nickel battery placed under the rear seats. Prius comes in three categories: Prius, Prius Prime, and Prius C, which is the cheapest hybrid car offered by the Japanese company around the world, and is expected to be the top seller in Egypt starting at $21,500.

Toyota is set to offer hybrid cars in Egypt soon, Ahmed Monsef, CEO of Toyota Egypt, told Daily News Egypt during the launch ceremony of the new generation of Corolla in Egypt in the middle of April.

He added that hybrid cars are the most suitable for the Egyptian market, especially as they combine internal combustion engine with electric motor, and Egypt still does not have enough electric vehicle charging stations cross the country.