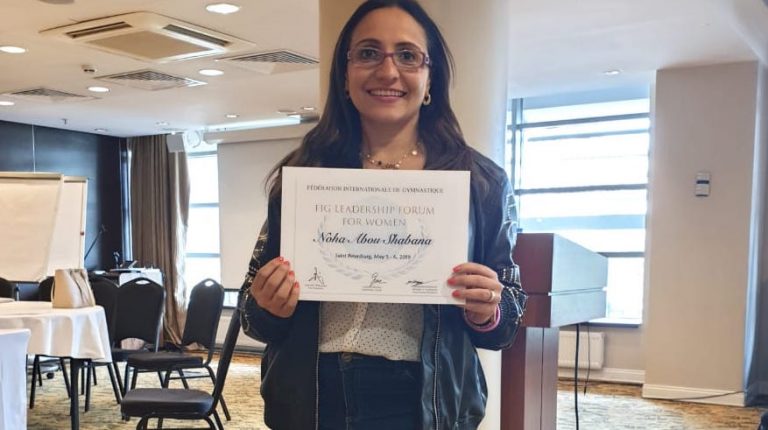 Egypt’s rhythmic gymnast icon, Noha Abou Shabana, was selected earlier this week by the Fédération Internationale De Gymnastique (FIG) to join an intensive women leadership reform project to empower women and train them in order to take critical roles at the FIG.

She was selected to be one of 20 women worldwide to join the project, out of the belief they have potential which can be tapped to take over critical roles at the FIG.Abou Shabana was nominated for the project by the Egyptian Gymnastics Federation, to be the only Egyptian woman in the federation’s project.

The project aims to empower women into taking effective roles in the society, preparing them for the elections of 2020.

Previously, Abou Shabana won the FIG elections in 2008, becoming the first Egyptian Arab woman to join the FIG and the youngest one in the FIG’s history to join it at the age of 28.

Throughout her long career, Abou Shabana introduced rhythmic gymnastics in some Arab countries, including Syria, Qatar, Morocco, and Tunisia.