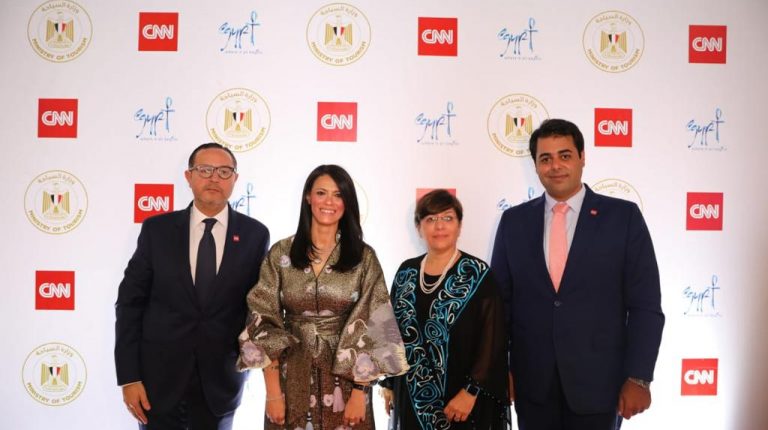 The Egyptian Ministry of Tourism has partnered with the international CNN network to implement an international tourism campaign aiming to present Egypt in a contemporary and modern perspective through using an innovative mix of television platforms, digital media, and social networking sites.

The new partnership between the Egyptian Ministry of Tourism and the CNN which was launched in May, will create content that will attract the CNN’s various platforms viewers on a global scale to visit Egypt.

The main objective of the campaign is to continue to drive the growth and development of the Egyptian tourism sector, as well as to highlight the diversity of Egypt’s touristic destinations.

This campaign was designed in line with the vision of the Egyptian Ministry of Tourism, in order to develop the sector and make it more sustainable.

The campaign aims to target a wide range of tourists from various tourism markets including Europe, North America, Asia, Africa, and the Middle East.

Furthermore, the campaign will benefit from the audience of the CNN who are interested in travel and tourism, representing 66% of the CNN’s audience, while 50% of them travel globally each year.

For her part, Egyptian Minister of Tourism, Rania Al-Mashat, stated that the diversity in the promotional platforms and the marketing mechanisms of Egypt is one of the main axes of the structural reform programme in order to develop the Egyptian tourism sector, so as to present a contemporary and non-stereotypical image of Egyptian destinations with a focus on mixing the beauty of Egypt with the generosity of Egyptians.

She described the generosity of Egyptians as the most distinguished aspect of the tourism sector in the country.

“The Egyptian tourism sector has great potential, and we have launched this partnership with CNN through its multiple platforms to highlight all the tourism products that Egypt can offer,” Al-Mashat added.