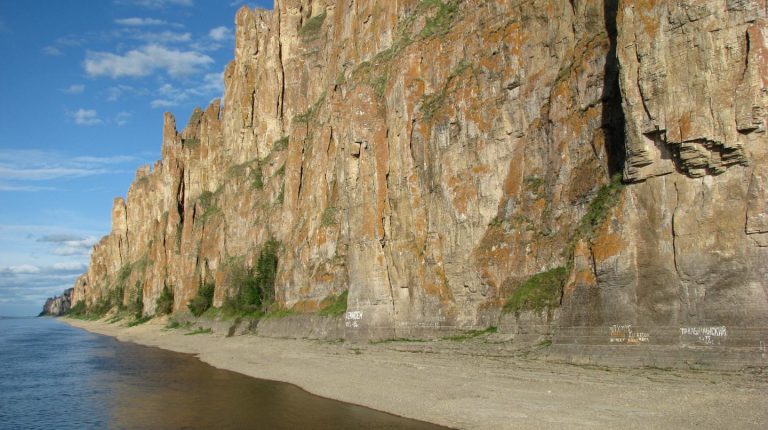 A major outstanding question in the natural sciences is what caused the ‘Cambrian explosion,’ or the rapid diversification of animal life around 520m years ago where many modern types of organisms evolved.

Using state-of-the-art analysis of carbon and sulphur isotopes in Cambrian-age marine sedimentary rocks, University College London (UCL) and the University of Leeds have shown that large fluctuations in early Cambrian biodiversity of animals coincided with pulses of oxygen to the atmosphere and shallow-ocean.

Findings of the study support the theory that the oxygen content of the atmosphere is a major control on animal evolution, and shows that the Cambrian explosion was a time when pioneering animals evolved rapidly into modern animal phyla through a period of extreme, oxygen-driven ‘boom and bust’ with multiple radiations and extinctions.

The major result of the paper which was published recently in the Nature Geoscience journal, reveal extreme fluctuations in atmospheric oxygen levels corresponding with evolutionary surges and extinctions in animal biodiversity during the Cambrian explosion.

The Cambrian explosion was a crucial period of rapid evolution in complex animals which began roughly 540m years ago. The trigger for this fundamental phase in the early history of animal life is a subject of ongoing biological debate.

The team analysed the carbon and sulphur isotopes from marine carbonate samples collected from sections along the Aldan and Lena rivers in Siberia. During the time of the Cambrian explosion this area would have been a shallow sea and the home for the majority of animal life on Earth.

The lower Cambrian strata in Siberia are composed of continuous limestone with rich fossil records and reliable age constraints, providing suitable samples for the geochemical analyses. The isotope signatures in the rocks relate to the global production of oxygen, allowing the team to determine oxygen levels present in the shallow ocean and atmosphere during the Cambrian period.

“Regarding the analytical part, I started this research project during my PhD study in the UCL since September 2013 and extended this work into my first post-doc job in University of Leeds since November 2017,” said Tianchen He, study lead author and postdoctoral researcher at the University of Leeds.

He added that the Cambrian-age (around 520m years ago) marine carbonate rock samples used in this study were collected by Chinese and Russian scientists during a joint expedition in 2008 to the Lena river region of eastern Siberia.

The researchers have applied geochemical methods to extract ancient seawater inorganic carbon and sulphate, and analysed their carbon and sulphur isotopes. “By combining the variation of these isotopic compositions in ancient rocks through time and biogeochemical modelling results, we are able to trace oxygen variations in the Earth’s atmosphere and shallow oceans during the Cambrian explosion. Then, when compared it to fossilised animals from the same time and we can clearly see that evolutionary radiations follow a pattern of ‘boom and bust’ in tandem with the oxygen levels,” he told Daily News Egypt.

Explaining why was oxygen content in the atmosphere a major controlling factor in animal evolution, he elaborated that, “It is known that more complex and advanced animals that are motile or produce bio–minerals demand higher oxygen concentrations for the intense metabolism. Besides, their evolution throughout the Ediacaran and Cambrian periods shows broad correlations with rising oxygen concentrations”.

Some previously published evidence has suggested that atmospheric oxygen reached a level of 40% of present atmospheric levels (PAL), and at least part of the ocean was well-oxygenated to modern levels. However, there was no data which could constrain the overall net atmospheric oxygen production rate through the entire early Cambrian period.

In the current study, for the first time we can confidently show that the episodic animal radiations during the “Cambrian explosion” was accompanied by multiple and extreme fluctuations in oxygen.

This is not everything, but He and his team are still working on the topic. “Yes, we have not fully understood what was driving the repeated 1-2m year cycles of oxygen perturbation during the early Cambrian period. Our findings regarding the coupled C-S isotope cycles and their relationship to animal biodiversity radiation in other parts of the world remains to be confirmed,” the researcher added.